Durnin the hero for Westerns 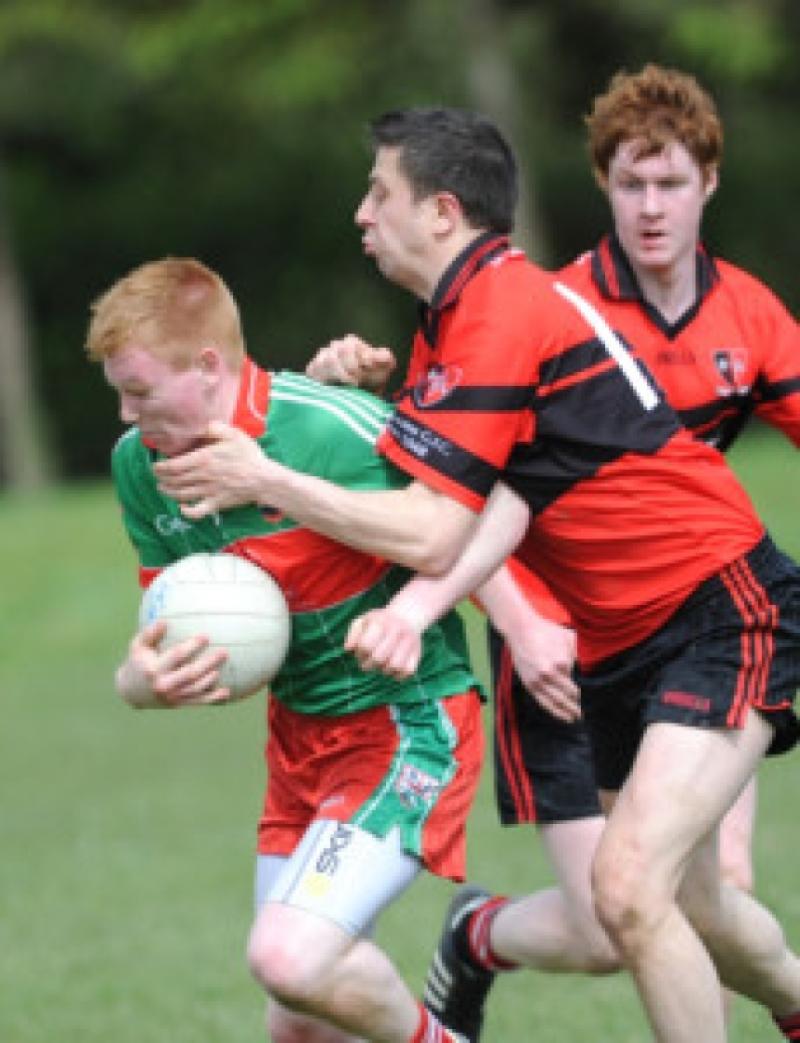 The fifth round of the Division 3 league saw a lifted Westerns team chase their second win of the competition.

The fifth round of the Division 3 league saw a lifted Westerns team chase their second win of the competition.

It was Stabannon came straight out of the traps with some early scores uncontested.

The pressure was on as Stabannon led by four points. The Westerns held their shape and began to claw back a couple of points in a row from Trevor Baylon.

The Westerns continued this fine run of form with some more points from Andrew Kerr, Terry Sweeney and Tommy Durnin to go into the lead by one point.

Stabannon held their composure and came right back into the game with a well struck point to level the game at five points each.

This game was turning out to be a battle of wills as both teams tried to get the upper hand.

It was Westerns however that held their own with a free kick and a superb long shot from just over the half way line from Tommy Durnin.

Stabannon came right back with another fine point to make the score line respectable going into half time. Westerns led by one point.

A rain and wind filled afternoon kept both teams battling the elements in the second half.

The Westerns scored first with a well taken free kick by Tommy Durnin. Stabannon reminded the Westerns team of their worth by scoring three points in a row to creep into the lead by one.

Westerns fought hard to secure another point by Terry Sweeney to level the match at nine points each.

Both teams remained at deadlock for some time with some class defensive work on display.

It was Westerns who finally broke down Stabannon to go into the lead again with another point by Tommy Durnin.

In quick succession the Westerns team showed why they’ve won their last few games with superior play and a goal to boot by Ciaran Campbell.

A few more points by Tommy Durnin and Sean McGuinness extended the lead as the Westerns held their shape and cruised to victory.

In a match filled with some controversy, the referee remained very active on the field with numerous yellow cards and many free kicks awarded. Westerns held their composure to win the game 1-12 to 0-9.

This rather hard fought victory saw Roche Emmets return to the top of division three, with Paudie Callaghan being the hero of the hour with a brace of goals.

The game opened in impressive fashion for the Dunleer men and they managed to steer themselves into an early three point lead, which got even better when Ian Mulroy hammered in an opening goal.

With a six point cushion it looked like Lannleire would go on to close out a surprise victory early in the opening half.

However Callaghan found the back of the net before half time to keep the match in the melting pot.

The second half was a different affair as the home side dug into grind out a victory. Callaghan popped up for his second and Roche never looked in serious trouble there after.