All eyes on long trip to Wexford for Gers 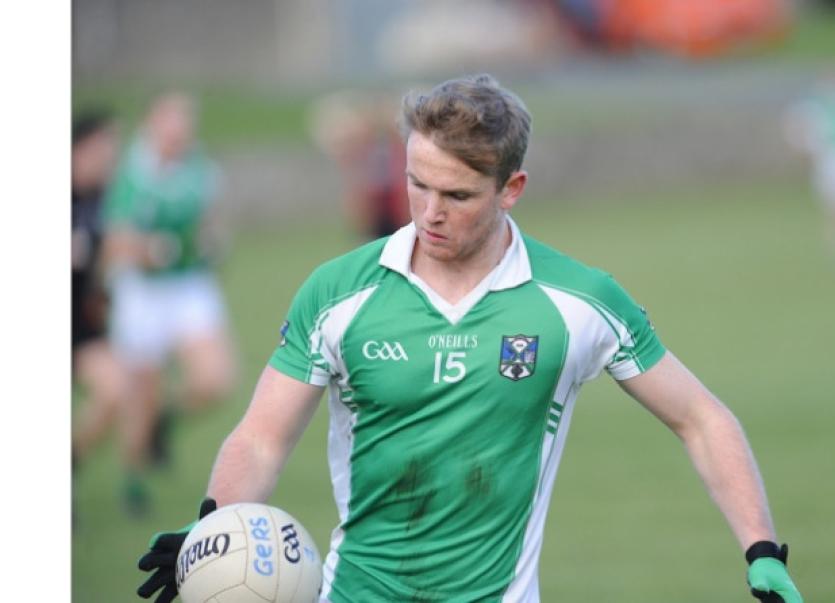 The county campaign brought the double for Geraldines and for many that would be a great way to celebrate Christmas, but speaking to Gers forward Shane O’Hanlon after Sunday’s Leinster quarter final win over St Malachy’s you sense that they want to go all the way - and confidence doesn’t seem to be a problem either.

The county campaign brought the double for Geraldines and for many that would be a great way to celebrate Christmas, but speaking to Gers forward Shane O’Hanlon after Sunday’s Leinster quarter final win over St Malachy’s you sense that they want to go all the way - and confidence doesn’t seem to be a problem either.

With the Westmeath champions dumped out O’Hanlon was already looking ahead to this Sunday’s long away trip to St Fintans of Wexford in the semi finals. The distance to travel doesn’t appear to be an unwelcome burden at this stage.

“I think obviously having a home match is a big advantage in the competition. But we’re still confident enough that heading down to Wexford that we can get the win and who knows from there,” explained O’Hanlon.

Of course the provincial competition in itself is a welcome bonus and nerves are less so when playing in it. But as O’Hanlon was quick to explain; they’ll be preparing for Sunday’s game with the same intensity as always, despite the quick turnaround.

“Eamon and the boys will have their homework done I’ve no doubt. I think we’ll have just one session during the week and head down to Wexford and give it our best shot.”

The one cloud that hangs over the team is the loss of Jim McEneaney. The Gers forward looks very unlikely to don the green and white again this season. But as O’Hanlon states: they have more than enough ammunition up front to fill the void.

“I suppose Jim is obviously a massive loss. He’e one of the best players in the county, so your bound to miss him on days like this. But we do have a lot of forwards there and there’s three or four good subs in the forwards that can step in as well. So hopefully we’ll be all right without him.”

Sunday’s win saw Geraldines line out for the first time in a number of weeks - and it showed. Early chances were missed as O’Hanlon and Co went about shaking off the cobwebs.

“We missed a lot of chances in the first half”, nods O’Hanlon, “and I suppose we were lucky enough to go in three points ahead with the chances we missed. But thankfully we didn’t kick too many wides, just the penalty in the second half. But other than that we took most of our chances.”

Again the confidence shines through when he discusses St Malachy’s mini-revival in the second half. It’s clear the Gers had an answer in store.

“I don’t think they got closer than the three points in the second half, so we always felt that we confident enough that we could push on ahead and win it. So we just put men behind the ball and tried to get them on the break.”

It all bodes well for Geraldines. A young coming team without fear look ready to make their mark in the provincial competition.