Return to league the focus for Gers 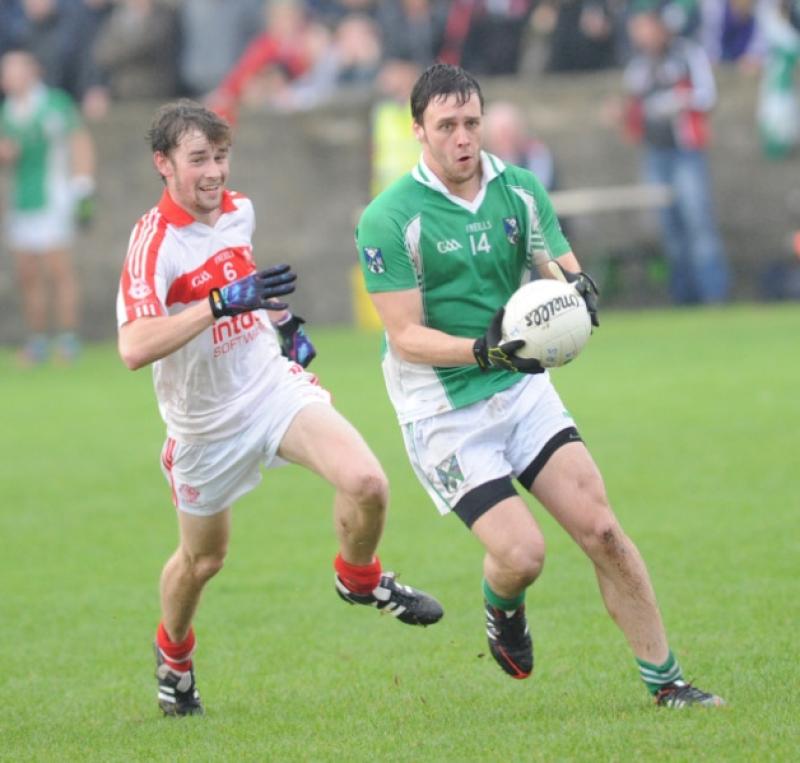 At 28 years of age Nickey Mackin is the old veteran of the Geraldines team. He was there in 2005 when Seamus Flood last went back to Haggarstown and as he stood on the pitch at Dowdallshill after starring in his side’s intermediate title win over Brides, he wasn’t going to bask in the sunlight for too long.

At 28 years of age Nickey Mackin is the old veteran of the Geraldines team. He was there in 2005 when Seamus Flood last went back to Haggarstown and as he stood on the pitch at Dowdallshill after starring in his side’s intermediate title win over Brides, he wasn’t going to bask in the sunlight for too long.

With a tight and down-to-the-wire league campaign about to climax, Mackin knows his side still have to win their last remaining gamesin that competition to possibly gain a place in division one next year - no rest for the wicked.

“We still have a couple of league games left and we want to play senior league next year and that’s the end of the story,” he explained.

Promotion to the senior league will go well with the already completed task of senior championship football. Just last week the Geraldines minors won their own championship and with the senior team being so young, anything is possible for the Haggardstown/Blackrock outift.

But winning on Sunday was important for the club and Mackin. Although it looked in the bag from early on, the Gers defender made sure the job was completed in as professional a manner as possible.

“It was definitely not easy”, he starts, “We never took it for granted from the word go. We set out our stall from the start and stuck to it.”

That particular stall involved attacking the Knockbridge men from the off and smothering them with pressure up the field. And with players of the calibre of Jim McEneaney and Glen Trainor to name but two, Mackin knew his side would be in the driving seat if they clicked.

“We knew we had the boys up front to do the damage and fair play to them every one of them stood up and were counted today.

It was a case of cometh the day cometh the performance for the Gers on Sunday. So far in the championship before the final, they had, by their own admission, failed to put in a full 60 minute shift. It was something they were keen to set right and something that the team had been buidling towards. They peaked at just the right time.

“We were coming into this game and people were critising us saying that we haven’t gone for 60 minutes all year. But today I think we put that to rest.”

Even though the game looked dead and buried at half time. Mackin revealed that there was no room for complacency in the Gers dressingroom.

“The message at half time was that it was nil nil and it was a new game as far as we were concerned and we just stuck to that way of thinking.”

Mackin also wanted to laud the players that really stood out in his mind. He might have been bias with his own place in defence, but he felt the Gers strength lay at the back.

“Tiarnan Hand, Sean Watters, Kevin Pepper were all unbelievable and James Craven and Gerard Hoey led by example as well.”

And what about Man of the Match Gerard Hoey? - “He can destroy any man on any day. He’s one of the best centre halfs in the county.”