Kerrigan looks to next year for solace 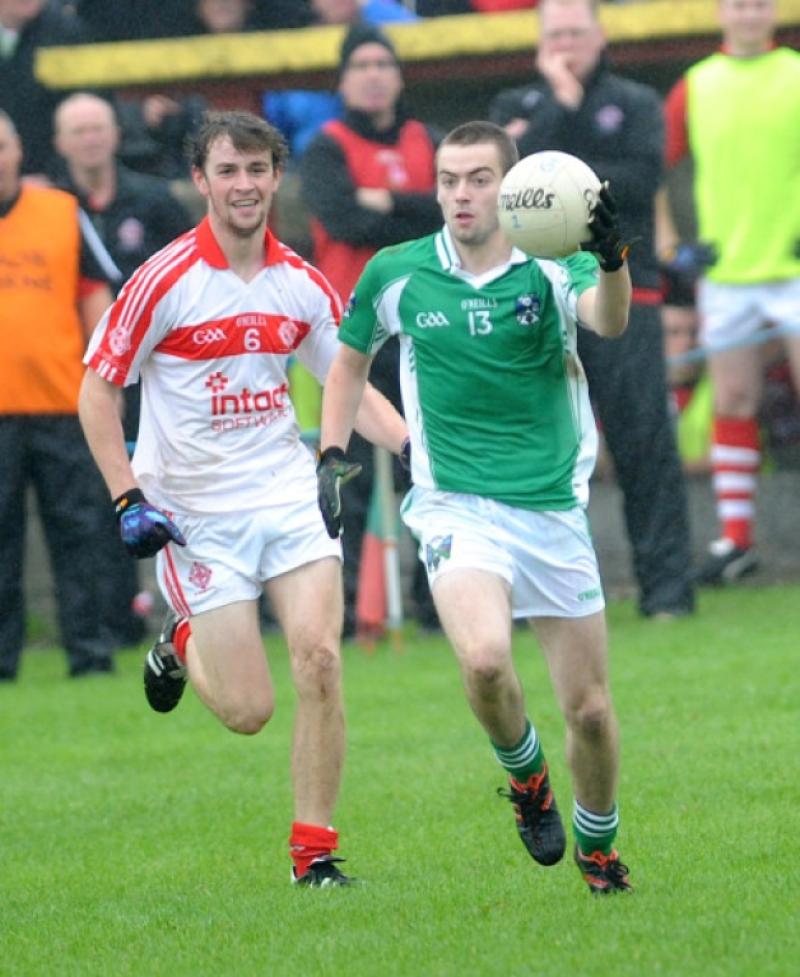 There was no finger pointing or glassy-eyed ‘what could have beens’, nor any anger at not putting in a performance either.

There was no finger pointing or glassy-eyed ‘what could have beens’, nor any anger at not putting in a performance either.

As he stood, hands on hips, watching Geraldines celebrate their intermediate title, Brides captain Shane Kerrigan knew in his own heart that his team simply couldn’t match the Gers.

“There’ll be no real hard feelings with the Gers victory because from the word go they went at it”, agreed Kerrigan. “They were the hungrier team and the better team and their big players delivered. So congratulations to them. They deserved to win. But again we don’t feel hard done by.”

Yet even at half time as his team sat in the dressingroom, staring at defeat and looking at the prospect of a long winter without the company of a trophy to raise the spirits, Kerrigan felt his team could get back into the match.

A quick Gers goal five minutes into the new half effectively ended that hope. But the belief was there as the orange slices were passed around.

To their credit and the credit of their village, St Brides picked themselves up, straightened their backs and threw themselves into the Gers near the end. It brought them two consolation goals. That late and gloriously in vain purple patch showed what Brides should have done form the off. But the Brides captain knows that hindsight is a wonderful thing, but ultimately futile.

“We never dropped the heads. But at a certain stage you know when it’s out of your reach. We came back in the second half and we probably should have played like that from the start, but that’s not the way life works. You can’t go back in time, you can’t change your performance. But it was the Gers day and they bet us well and are deserved champions.”

The winter beckons for Brides now. They’ll need to clear the system of this defeat and start again in January. And even in the pain of loss Kerrigan managed a slight smile and a glimmer of light crossed his face.

“Next year is a long way away. But a few months off and come January the hunger will still be there and hopefully we’ll find ourselves in the Gers position this time next year.”