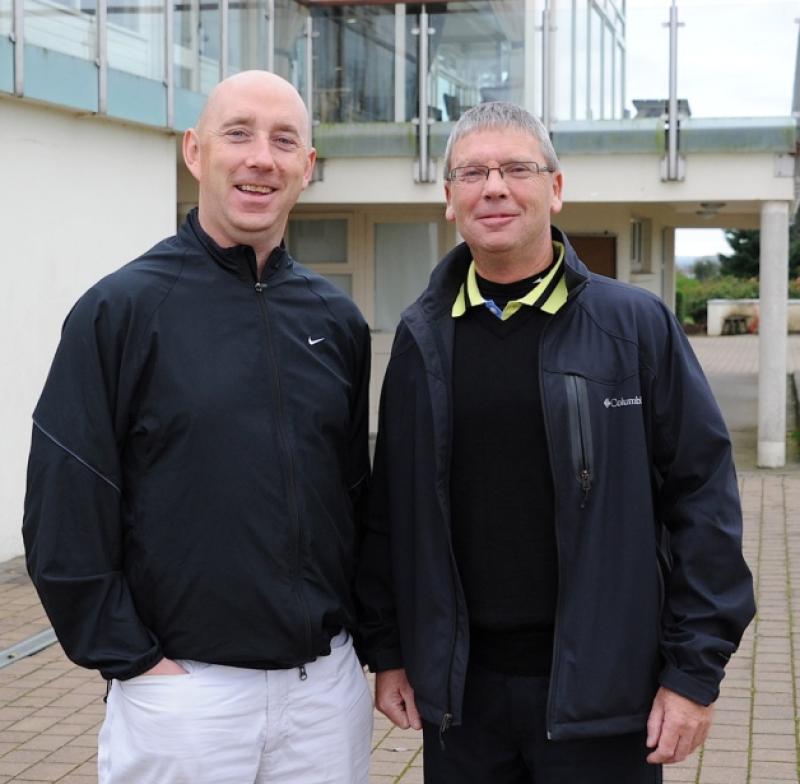 The bones creaked and groaned for just too long, and despite the protestations of his wife, new Louth hurling manager Dee McCarthy eventually called time on his playing days barely two years ago.

The bones creaked and groaned for just too long, and despite the protestations of his wife, new Louth hurling manager Dee McCarthy eventually called time on his playing days barely two years ago.

It was a hurling career that saw him line out for Wolfe Tones in Drogheda for the most part, then in the twilight days the former Louth player got a call from Mattock Rangers to join up with their fledgling hurling team.

Now though, with the hurl finally hung up, the 41 year old has taken up the post of county boss. It was a decision he naturally thought long and hard about, but with the support of Wee County players, he decided to commit.

“Hurling has been my first love, I’ve been doing a bit on the football end of things recently too, but it’s always been hurling for me”, begins McCarthy.

“I felt that after playing for the county for so long that it was a chance to give something back to the county. One or two of the Louth players approached me and asked me if I’d be interested in taking the role and it just felt right to be honest.”

Alongside McCarthy on the sideline this year will be John Murphy of Naomh Moninne and Joe Power, a man who also held the position in the past and was part of the now defunct Colmcille hurling club previously based in Ardee.

The three men are united in their passion for hurling in the county. And while many would see a Nicky Rackard trophy as the main goal for the Wee County, McCarthy feels that his priority right now is to get the panel playing to a certain system and to shake things up considerably.

That shake up includes regular intense gym sessions, pilates classes and the full remit of modern strength and conditioning coaching, along with the more traditional field training (Tuesday and Thursday), plus both competitive and challenge matches squeezed in when possible.

The commitment from the players’ point of view is clear, but for McCarthy it will be a busy role too and one he will have to balance with his job as a technical manager at Roadstone. How does he see it working out?

“I went in to this with my eyes open”, McCarthy states firmly, “and to be honest it’s the lads that are sweating in the gym and on the field, we just watch and support from the sideline. If they are willing to work so hard then we should too.”

McCarthy got the panel together in November for the first time and then recalled them all a week ago as the New Year dawned. The escalation in intensity can be seen in the fact that, along with the training schedule, Louth will play three games within the space of a week, starting with two challenge matches against Fingal (Sunday gone) and Meath (tomorrow night) and then the Kehoe Cup opener against GMIT on Sunday.

Of course the elephant in the room is the Nicky Rackard Cup. For some of the current crop of players (Shane Callan, Ronan Byrne) it has been five finals and five defeats so far. McCarthy himself was part of the playing panel for the very first of those final defeats to London, so he knows the desire and passion that unites the team in their quest to finally hold that trophy aloft.

“It’s our All Ireland,” admits McCarthy, “it’s our championship. Having been there with the team against London I know the hurt that some of the players are holding. There is a huge ambition here to win that competition.”

Before that there is the Kehoe Cup against GMIT next Sunday and then the league in February. How does he see life in Division 3A this season?

“We’ll treat every game on its merits. Roscommon and Donegal will naturally be the stronger sides. But then you have Fermanagh coming up and they have the wind in their sails, so it’s going to be a tough year, no doubt.”

Having gone so close for so long, there’s many hoping that McCarthy can be the one to inspire the Reds to championship glory during his tenure. One thing is for sure though – he wants it just as much as those on the field do.