Zamboglou happy to end on a high 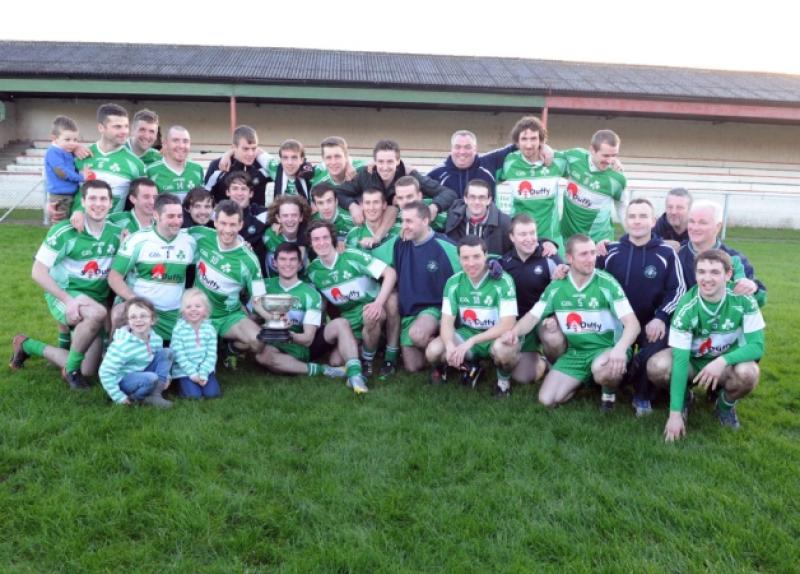 With the ground soft underfoot and the light ebbing away early in the afternoon, it was clear that a long season was nearing it’s completion.

With the ground soft underfoot and the light ebbing away early in the afternoon, it was clear that a long season was nearing it’s completion.

With the final whistle just blown and another Cardinal O’Donnell cup in the bag, Pat’s half back Owen Zamboglou was justifiably happy with the title, but the year was tinged with regret all the same.

“It’s been a long year,” started the Pat’s man, hand on hips. “For the last couple of years we’ve been competing for main championships. There was a bit of disappointment this year that we lost to the Blues, but it’s good to finish on a high.”

The dark days of training in early February have almost come full circle as Pat’s lifted the division one league title in front of their fans. Its takes a lot to get to this stage agrees Zampboglou.

“A lot of work goes in throughout the year just to win a trophy and there’s only one team that can win it. So it’s good to finish up with a piece of silverware.”

Sunday’s match may have lacked quality, but it certainly made up for it in no-holds barred aggression. Rivalries are all the same states the Pat’s defender.

“Like any derby there’s never much in it and it’s just about winning the dirty ball and being competitive and having the hunger to get in there and put your body on the line. They’re never pretty games but that’s the essence of derbies.”

“We started very slow and we’ve seemed to have a habit for most of the games this year to start slow. So it took us a while to get into it. The game wasn’t flowing at all and there was a strong breeze. But I think when they had the man sent off it sort of calmed things down a bit. Because guys knew that it they lifted their hands they were going to go off.”

He also believes the game could have been settled much earleir had the referee intervened.

“Maybe the ref should have stepped in a bit earlier, because there were enough incidents before that were you could see it was coming.”

The second half was a much more enjoyable affair for the Lordship men. Their numerical advantage took it’s toll on Cooley.

“It was always going to be difficult for them once they went down to 14 men, starts Zamboglou. “We just tried to keep the ball and use the space and keep on stretching them and that’s what we did. But once the man was sent off it put it in our favour.”

With 2013 just done, thoughts turn to next year already. Changes look to be afoot out at Pairc Eamoin, yet Zamboglou remained tight lipped.