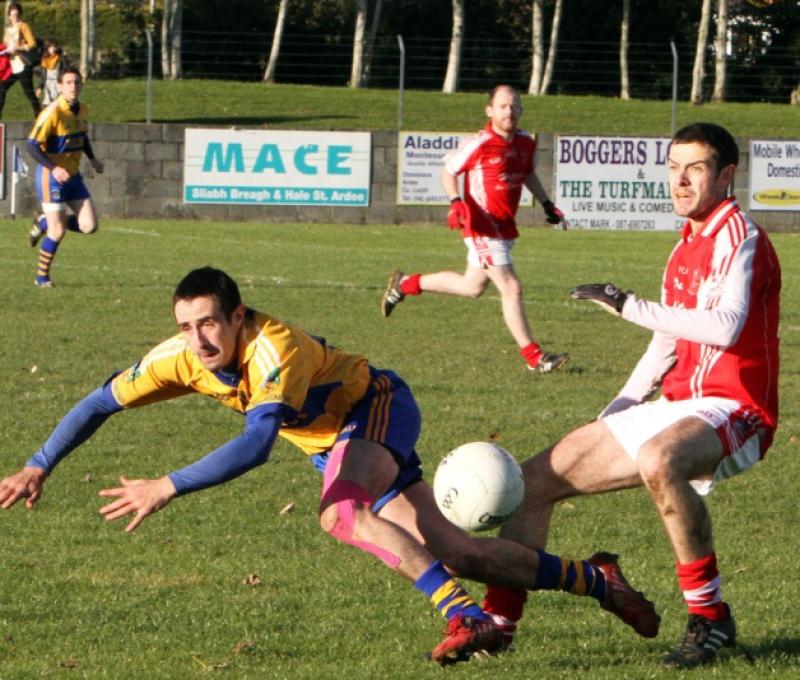 Hunterstown Rovers captain Padraig Mathews insists he is loving every minute of the club’s junior championship journey this season which has carried them into the semi-finals of Leinster.

Hunterstown Rovers captain Padraig Mathews insists he is loving every minute of the club’s junior championship journey this season which has carried them into the semi-finals of Leinster.

He also believes that having saw off Kilcavan in the previous round and building up match practice has been very beneficial to his side on their run and he is eagerly anticipating the next round of an adventure that is uncharted waters for he and his teammates.

“Having played already absolutely stood to us and we have been lucky enough to have games over the past couple of weeks and that is something you just can’t match in training,” he said. “The thing with this tournament too is you know absolutely nothing about the teams and it is completely new territory for us but it is exciting at the same time.

“It is great we now have a semi-final to look forward to because we are on a rollercoaster here and really enjoying it and we will be bringing a great support as always. This is all new for us.

“The noise from the stands has been great and it really helps you when you are going for scores or running up the field and is fantastic for us and the chance to play in a semi-final is unique enough so we will be really looking forward to that.”

Although he admitted they could perhaps have won by an even bigger margin against Carrickedmond in the end, he thinks they were worthy winners in the end and even played down his own display despite claiming four fantastic points from play.

“We will take that win although we probably could have been a little more clinical in front of the posts but we are happy enough,” he said afterwards and was humble in playing down his own performance.

“I was hitting a few over yeah but I was putting a few wide as well! I am happy enough though and I feel I am starting to get the fitness back even though it is the end of the year and things are moving on nicely I think.

“We started the game brilliantly and got on top and then got a little complacent when they lifted their game because they are not a bad outfit and they started moving it well but just before half time we got back on top again and got a few quick scores after their goal which is always important to do.”

The captain was also quick to divert praise on to talismanic top scorer Ryan Burns who plundered another six points and insists the side will be looking to be even more accurate in scoring positions on their next outing.

“Even when Ryan has a quiet game he is still brilliant and when he got going they couldn’t handle him at all and a few of the rest of us probably took a bit of a rest when he got going,” the jovial corner forward laughed.

“The ground was quite heavy today too and our legs were getting a little tired as it went on and then there was a few misses from us but hopefully the next day we will be looking to put those right.”