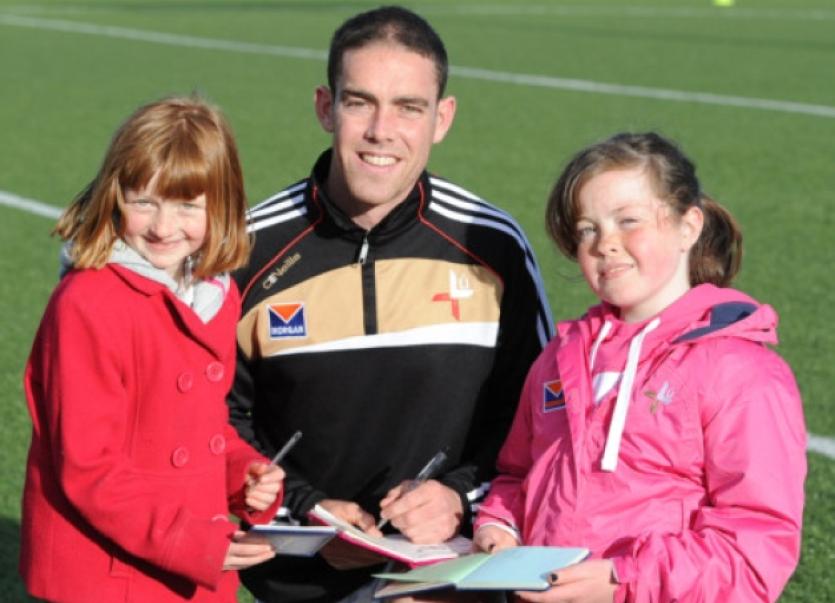 The years keep ticking by, and if you’re not lucky enough or get the right bounce of the ball on that given day, the opportunities of glory can also trickle away.

The years keep ticking by, and if you’re not lucky enough or get the right bounce of the ball on that given day, the opportunities of glory can also trickle away.

He most certainly doesn’t need any incentive or shot in the arm to be up for Portlaoise on Sunday.

But he’s grudgingly aware of the passing of time all the same.

“I’m 28 this year, you haven’t got too many years left”, he muses. “2010 gave us an insight as to what could be achieved. A lot of us haven’t forgotten the feeling we had around that time. We just want to try and get back there and into that state of mind and the way we played that year.”

A quick glance around the training ground as the players limber up displays an outwardly positive demeanour. The relative downer of last summer appears to have been fortgotten. A new man at the helm is of course a big part of this.

“I haven’t been here properly in the last two years, but Aidan has brought in a very professional set up”, explains the Sean O’Mahony’s man.

“It’s not that long ago that he was involved in championship set ups as a player in 2008 for Armagh. He really knows what championship football is about. He’s been winner there before, so he knows what it takes and he’s tried to instill that in us.”

O’Moore Park is the destination on day one this Sunday. There could have been an easier opener, but that doesn’t bother O’Brien one bit. Leinster is tough and you have to beat the best if you want to do anything.

“If you look at the teams in Leinster, there’s a lot of the county’s that are tightly grouped. There’s ourselves, Westmeath, Laois, Meath, Dublin are of course a wee bit ahead.

“You have to be lucky enough to get an easy first round in Leinster, so you’re going to have to beat teams of Laois’ calibre somewhere along the way, so you might as well do it from the outset”, adds the Louth defender.

He clearly remembers the last championship battle in O’Moore Park in 2009. An unlucky goal did for the Reds that day.

“We got off to a very bad start and I think Padraig Clancy scored a goal. It was a bit of a fortunate goal and it kind of decieved our keeper and we never really recovered form that. I think there was three points in it in the end,” adds O’Brien.

There’s no doubting that last sentiment. Louth had been doing their homework in recent months, but O’Brien knows that Justin McNulty has been doing the same also.

Big championship days call for big championship men. Laois have a few to reckon with according to O’Brien, but then again Louth aren’t short of men willing to step up and refrain from buckling under the spotlight.

“They’re all big men (John O’Loughlin, Ross Munnelly, Colm Begley) and they’re all good footballers, but it’s going to be a team effort. For them to beat us they are going to have to come up with a team effort as well. We’ve got Paddy Keenan and Brian White, they’re are good if not better than what they have.

“We’ll not worry about how good they are going to be. If we can bring our game that day, I don’t think we’ll be too far away.”

The arrival of championship season usually conjures up memories of sun-kissed days on grassy banks, with a multitude of colour and sound. O’Brien hopes there’ll be a few of those days this year for Louth fans.

“We’re looking to get a good summer out of it. Obviously the Leinster championship is our Holy Grail. We’ll be looking to the Laois game as the first part of that. But if it doesn’t come down to it we’ll focus on the qualifiers and get a good run at them.”