Belief high amongst Louth panel ahead of championship opener 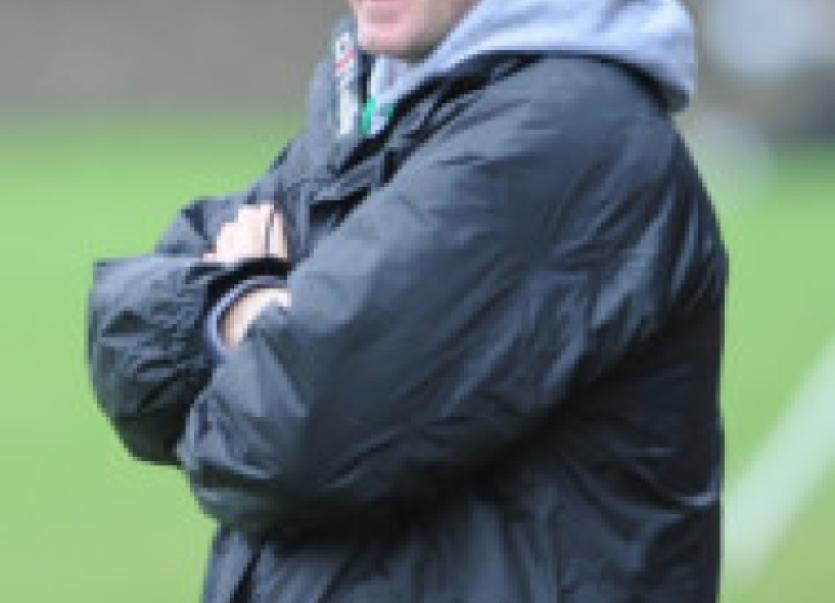 If a team believes in its manager, you can’t be doing too much wrong. Buying into a new system, a new way of playing and most importantly a new personality, can be a tough thing to achieve.

If a team believes in its manager, you can’t be doing too much wrong. Buying into a new system, a new way of playing and most importantly a new personality, can be a tough thing to achieve.

Take a look at the goings-on across the pond in the English Premiership. Potentially all of the top four teams there could start with new managers next year.

David Moyes will have to step under that imposing bronze statue of Alex Ferguson, which dominates the entrance to Old Trafford, and try to impose his beliefs and his will upon his new charges.

Back in the Wee County it may not be as illustrious, but the same rules apply. Louth full forward Derek Maguire has seen the changes that Aidan O’Rourke has brought in this year and Maguire is a happy man with the new regime.

“Aidan is very organised. He knows the type of player that he wants. He gets the best out of players. It’s great having him there. He’s easy to talk to and it’s good to have a new face every couple of years or so”, explained the Young Ireland man.

“I think Aidan came in at the right time with Louth. We’ve a good team here and we could definitely win something. And I believe Aidan is the one to take us there. The boys really believe in the game plan we have. They’ve really bought into it. As the weeks have gone on we’ve learned more.”

He may be young and it may be just the youthful joy of playing for one’s county, but you sense that the Louth camp is a settled one in 2013.

“We were away for the weekend there and it was great craic. We went to the adventure centre and it was just a great bonding session among players and everybody got to know each other a bit better and it’s great to be a part of it this year. I know that I’m really enjoying it this year. And it would be great if we got a bit of silverware as well”, adds Maguire.

For all the enthusiasm he has, Maguire is disappointed with how the league turned out.

“We definitely could have done a lot better”, laments the Young Irelands man. “There were a few games we let slip, the Laois game in particular, the Westmeath game and the Derry game also. There’s three games we let slip, if we had won those games we could be in division one next year. I suppose it’s a learning curve at the same time and hopefully we can bring our experience into the championship.”

On a personal level Maguire knows his own league form could have been better.

“I wasn’t really happy with my own form throughout the league. It was my own fault for making silly mistakes and letting it get into my head. But its something I’m working on at the minute and hopefully in the championship it’ll come right. I’ve no doubt it will because Aidan has the right men in place for us to get that stuff right.”

A steely resilience is what Louth need now. A backbone and mercenary attitude to kill off teams. Maguire sees that in the panel in the build up to Sunday’s big game.

“You always hope you can get as long out of the summer as you possibly can. But you still have to take each game as it comes and we want to win in every game. We’ll obviously keep fighting to the very end of each game”, adds the full forward.

“We’ll not be giving any team an easy game against us. I believe that we can put a game up to 90 per cent of the teams in the country, it’s just a case that hoepfully on the day that we can perform and play to our potential.”

The recent challenge matches have successfully filled the void between league and championship. Usually its hard to get too excited about playing drab challenge matches to empty grounds during slow weekends. However Louth found the going tough, with defeats to Wicklow and Meath and just a sole victory over Armagh. Again Maguire sees the silver lining.

“It’s game time you need at this time of year. Especially leading into the championship. Our last league game was three or four weeks ago, so we were looking for competitive games.

For all his optimism, Maguire checks it with a side of common sense and an awareness of the scale of the challenge Laois present.

“You want to be tested in the first game of the championship. It’s certainly going to be a big test for us. We’d a tough game especially in the league against them. We probably should have won that one, but they showed a lot of gutts to come back from five or six points down. It shows that it’ll be a tough game.”