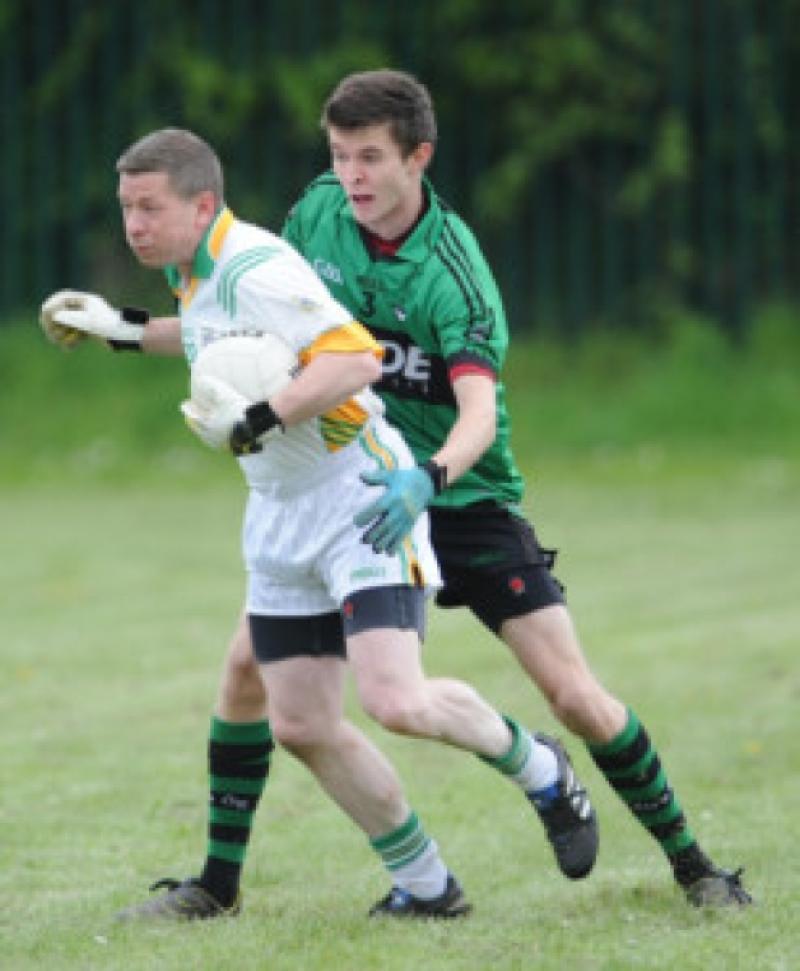 O’Connell’s advanced to the semi-finals of the Sheelan Cup with a convincing victory over St. Brides at the grove on Sunday afternoon.

O’Connell’s advanced to the semi-finals of the Sheelan Cup with a convincing victory over St. Brides at the grove on Sunday afternoon.

Niall Conlon got the first point of the game for the home team in the first minute, but the Brides replied with the next three points from Conaill Devin, Kevin Kirk and Michael Keane.

Conlon got his second point and after a neat move down the field Robert Quigley finished to the net for the home team to lead 1-2 to 0-3 after 20 minutes.

The teams shared the next six points, but then the Bellingham side got hold of the remaining first half with points from Paul McKeever and another for Quigley and just before the break Quigley curled a brilliant shot to the top corner of the net for his second goal to put his team ahead at the half time whistle 2-7 to 0-6.

Then teams swapped the first four points of the second half and after a quick move down the field the O’Connell’s centre half Jackie Agnew blasted his shot to the net and put ten points between the teams.

Kevin Hearty, Mark Hoey and Devin all got points for the visitors but Emmet Byrne, Agnew and McKeever replied for the home team who book their place in the last four with the final score line of 3-12 to 0-11.