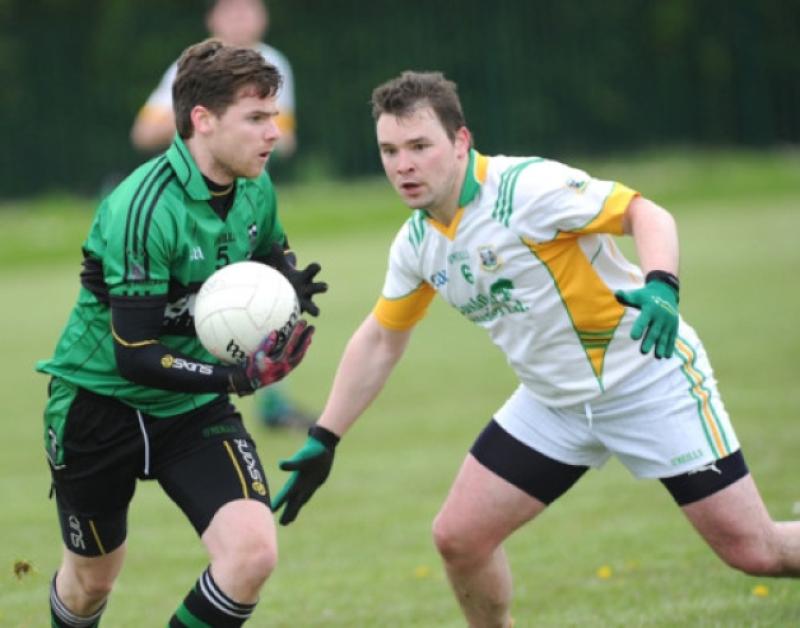 Playing at home on a relatively calm evening, St Patrick’s made short work of their town rivals in this Sheelan Cup quarter final.

Playing at home on a relatively calm evening, St Patrick’s made short work of their town rivals in this Sheelan Cup quarter final.

A penalty from the in-form Karl White in the second half confirmed the win for the Lordship side.

The first half saw St Pat’s take the game to Gaels and with long term absentee Ray Finnegan back in the starting fifteen they crusied to a four point lead by half time.

The second half was a foregone conclusion following White’s converted penalty. Of particular note for Fergal Reel will be the spread of scores around the team, with eight players accounting for the final 1-12 haul

McDonnell on form for Mairtins

The Monasterboice men surged into the semi finals fo the Sheelan Cup thanks to a professional and industrious performance against a strong Hunterstown Rovers team on Sunday afternoon.

Hunterstown started the game really well and the Mairtins never got going in the first 20 minutes.

Mairtins gave away some silly frees and Hunterstown deservedly raced into seven point lead before the Monasterboice men started playing.

The visitors did finish the half stronger and got back to within one point as the half time whistle blew.

The Mairtins continued to play well at the start of the second half and scored two goals which changed the complexion of the clash entirely.

The first green flag was a penalty from corner back Eamon McQuillian and a well worked goal from Nicky McDonnell saw the flag shoot up again.

That put the Mairtins into an unassailable seven point lead.

To be fair to Hunterstown Rovers they never gave up and got it back to three points when referee Kenneth Dunne called time on this quarter final.

An interesting statistic was the fact that Naomh Mairtins conceded eleven frees in the game which, remarkably, Hunterstown scored from.