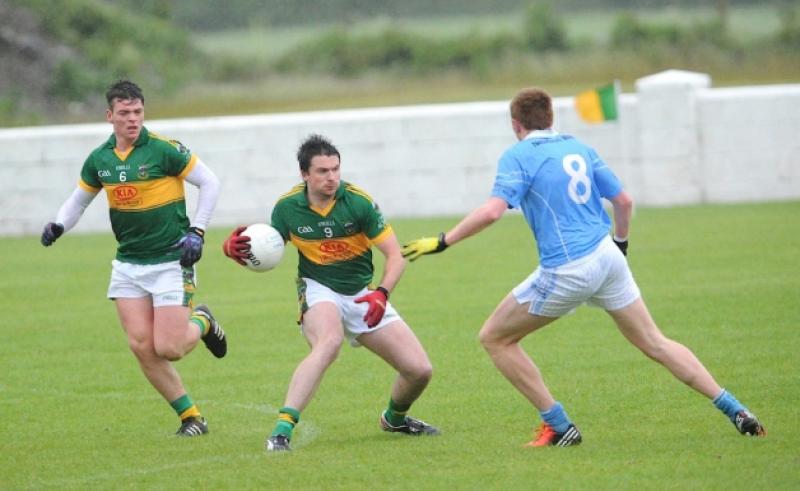 St Brides made short work of Naomh Malachi in this facile division two victory on Friday night by 5-14 to 0-7.

St Brides made short work of Naomh Malachi in this facile division two victory on Friday night by 5-14 to 0-7.

The game which was played in blustery and wet underfoot conditions made it difficult for a free flowing match but the hosts opened the scoring with a well taken point straight from the throw in.

This score was cancelled out by Aaron Hoey at the other end within a minute.

The visitors aided with the strong wind tagged on two more points through Conaill Devin and Kevin Hearty before Naomh Malachi reduced the deficit to a point on seven minutes through a Kevin Rogers free. Points followed for St Brides from Kevin Kirk and Hearty to extend St Brides lead to three points before Rogers got one back for ‘the Mals’ on the quarter hour mark.

The turning point in the game came on nineteen minutes when a high ball delivered into the large rectangle was punched onto the upright by Devin.

The ball rebounded and was driven to the net by Michael Keane. St Brides lead was further extended through a well converted penalty two minutes later from Patrick Reilly. Malachi’s never recovered and the Knockbridge men saw out the second half with ease.