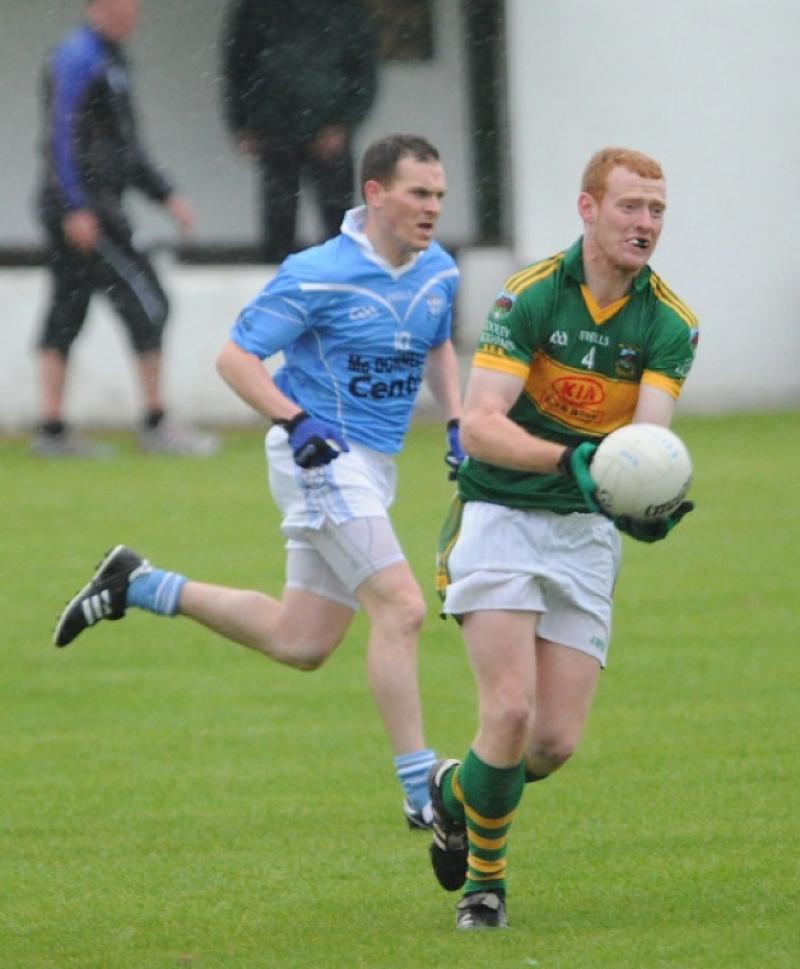 An injury time point from substitute Stephen Fisher snatched a victory for Division One pace setters Sean O’Mahony’s at the Ramparts on Saturday evening.

An injury time point from substitute Stephen Fisher snatched a victory for Division One pace setters Sean O’Mahony’s at the Ramparts on Saturday evening.

However the Point Road men had to weather a battling second half fight back from Gaels to eventually grab both points. O’Mahony’s full forward David Dowling was in inspired form throughout and made off with a deserved haul of 0-5.

A relatively tame first half in which Sean O’Mahony’s easily outscored their town rivals by 0-8 to 0-3 made way for more spicy affair after the break.

Within six minutes of the restart both sides were reduced to fourteen men following a fracas involving several players from both sides. Having been slow in the first period, Gaels hit a goal and a point following those dismissals. Sean McCann made a surging run down the right and his selfless pass to Anthony McSorley saw the Gaels forward palm the ball into the back of Kevin Brennan’s net. McSorley added a point three minutes later to leave the gap at just two points.

Stephen McLoughlin replied for the visitors before McCann once again closed the gap to two.A fine Sean McCann effort saw Gaels tie the clash late on.

However super sub Steven Fisher became the hero when he lofted over the winning point in injury time.