JFC Final Preview: Brassil ready to lead side back to the top 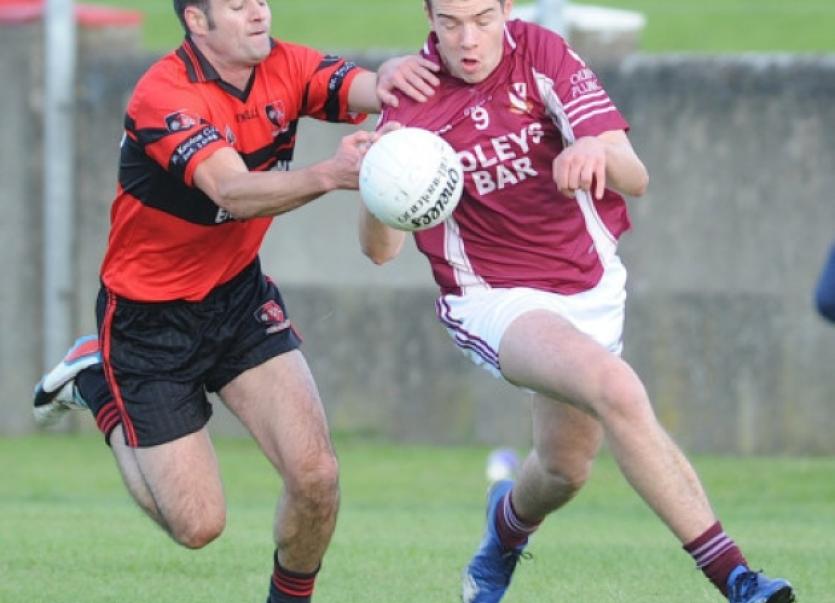 The engine’s rarely just ticking-over for Sean Brassil. A qualified barrister by profession, his working week can take him from one end of the country to other at the drop of a hat.

The engine’s rarely just ticking-over for Sean Brassil. A qualified barrister by profession, his working week can take him from one end of the country to other at the drop of a hat.

An early morning phone call can sometimes dictate the 27-year-old’s course for the day ahead. It’s a career which requires great flexibility and a willingness to adapt to changing situations.

Which has been a handy asset given the path of his club career.

But no matter which courthouse or town he may find himself in, the Slane Road and Oliver Plunketts are never far from his mind.

“It’s a self-employed set-up really, so I can find myself down in Laois one minute and then somewhere else the next day. I’m usually rushing back from where ever I am to make it to training. But believe me, if I wasn’t applying myself fully, I’d be told very quickly,” he quips.

It’s a life he’s well used to by now. It’s also obviously something he handles quite well too - as captain of the Oliver Plunketts he needs to be an almost ever present figure of authority and someone others can turn to for inspiration.

He’s been nearly a decade involved with the Plunketts senior side. A period of great pain and just the odd glimmer of success for the Slane Road side - mostly pain though.

In 2005 Plunketts were competing in the quarter finals of the Senior Championship. They lost out to eventual Joe Ward winners Mattock Rangers.

An awful lot has changed since then.

Successive relegations from Senior Championship (2006) down to intermediate and then three years ago right down to junior. A downward spiral with little to lift the heart.

2010 was an admittedly brighter year. Promotion to Division One in the league was a stand out and reaching the knock out stages of the intermediate championship capped a decent year.

The following year, though, saw controversy reign supreme at the Slane Road club. 2011 had began rather well with Oliver Plunketts relishing senior league football and clashing with the likes of St Patrick’s, Cooley and Newtown Blues. They even managed to stay up come the end of the campaign.

Then it quickly descended into farce as, following an investigation into a match with Naomh Fionnbarra, in which the floodlights failed, Oliver Plunketts were relegated to the Junior Championship. Even now little is mentioned of the events of that evening. The club has limped on since. A sleeping giant stumbling around the wastelands of junior football.

Brassil has been there through it all. The one constant during a period of great upheaval. His position as captain is a given at this stage.

But 2014 gives Brassil and Plunketts a chance to draw a line under all that has happened and look forwards as opposed to backwards from now on.

This year, in Division Two of the league, Plunketts started well and looked odds on for a promotion push, but things have stalled of late.

“We have regrets about how the league has gone,” sighs Brassil. “We started really well, but things have slowed down and we lost a bit of momentum in the process.”

Two weeks ago Plunketts came face to face with Naomh Fionnbarra in the semi final of the championship. Last year the Togher side beat them in Drogheda at the same stage. There was a lot a stake for Brassil and co.

“We actually would have preferred someone else,” admits the Plunketts captain. “But we knew what we going to come up against and after last year we expected them to be quite a tough side to face.”

And so it transpired. WIlliam Woods and fellow Togher forward Jack Butterly were a constant menace during that game in Stabannon, but Plunketts showed enough guile and verve to see them off and claim their final place.

Brassil has pointed to new man at the helm Colm Coyle as being instrumental in their progress this year.

“Colm has come in and improved the discipline hugely and the training is always varied and he comes from a generation of success, so it can only bode well for the lads.”

They’ve been favourites for the title for the past three years, but they’ve failed to do what everyone has expected. Brassil knows his side have underachieved.

“We’re not looking at the favourites tag at all. We’re taking it one game at a time. It’s something Colm has instilled in us this year. We’ve one game left and that’s all that matters. The photographers will be down over the next few days to take portrait shots and that, but there’ll be no distractions.”