Louth must learn lessons from loss 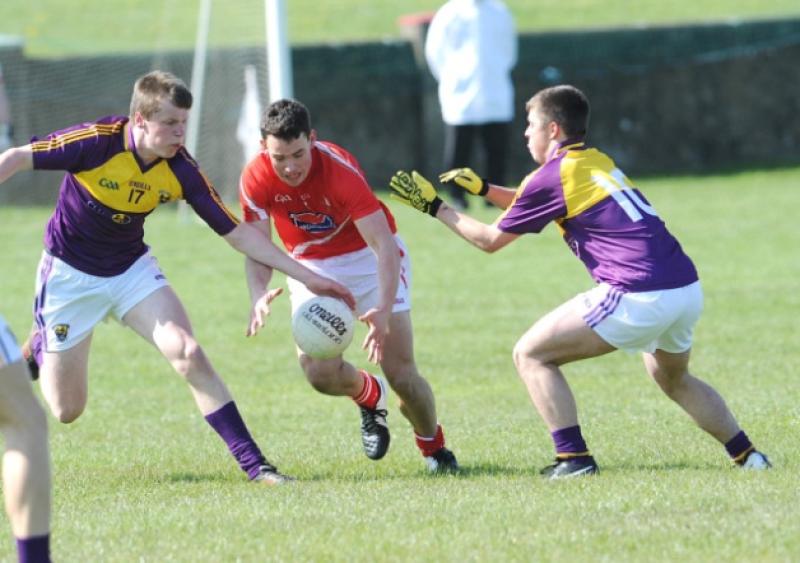 A notably disappointed joint Louth minor manager Eugene Judge admitted his side were schooled in something of a footballing lesson during their 13-point loss to Wexford in the Leinster Championship.

A notably disappointed joint Louth minor manager Eugene Judge admitted his side were schooled in something of a footballing lesson during their 13-point loss to Wexford in the Leinster Championship.

His side were soundly beaten in Drogheda on Saturday afternoon and he said that nobody in the Wee County camp would be hididng behind any excuses in a commendably honest assessment of proceedings.

Speaking as the sun slid behind the dull Drogheda clouds on Saturday, he said: “To be honest, there are no excuses and we can’t make any. We always felt coming into it that we would find out what we were made of and I think we were taught a bit of a lesson overall.

“It is a test of the character now but shows that the standard of minor football is extremely good. Wexford, in football terms, are ahead of us and it is now a difficult road ahead trying to lift them.”

Louth will look to rebuild when they take on Longford next Wednesday but a far more pressing concern for Judge and the management at the moment will be the cheap manner with which they gifted the visitors some of their scores.

He knows it is something they simply have to put right or they will face similar disappointment in the future. “We told the lads at this level if you make a mistake or give the ball away easily, then it is going to wind up over the bar or in the back of the net.

“Some of the simple balls, free kicks giving it to lads 10 or 15 metres away, we were getting wrong and that can’t happen. We did it far too often. At this level you will be found out and there is no doubt that we were. We paid the price for every mistake we made.

“In so many areas we were struggling, they looked more committed and especially around the middle we just couldn’t get it going and their first touch in hurting us was class.”

Judge was also a begrudging admirer of how Wexford performed on the day but said his side cannot afford to dwell on it too much and have to react to it in a positive manner.

“You have to give credit to Wexford because they really made us look poor. We know what we have to do to put things right and we don’t have to say a lot in there. The lads are extremely disappointed, we are all down and even the management have some soul searching to do and I’ll go off now and won’t sleep for a week to be truthful,” he added with a laugh. “What we do next is what counts going forward.

“If we can take on things and learn lessons from this defeat and cut out 25% of the mistakes we made then who knows? All we can do is look to rectify this and lift the lads’ heads and look forward.”