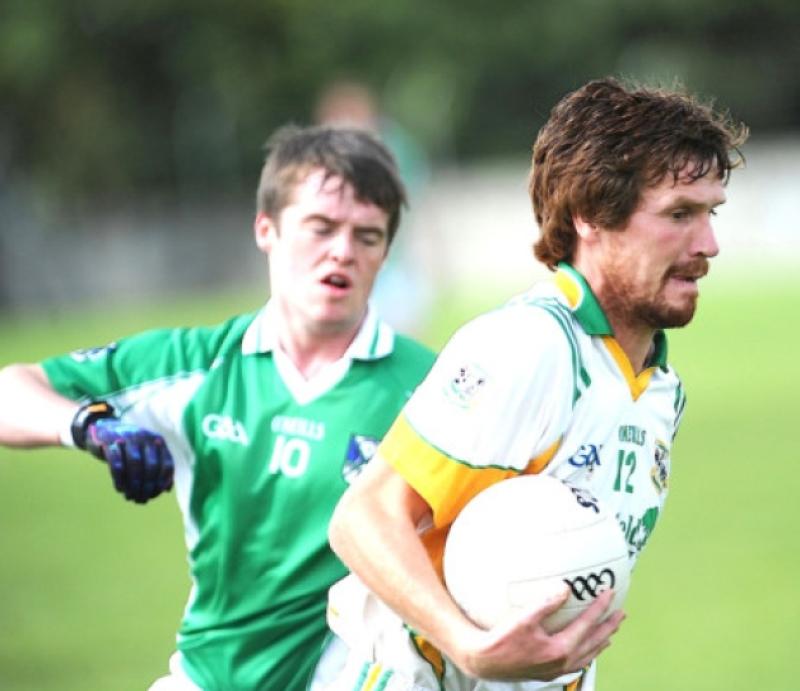 In 2006 they lifted Joe Ward much to the surprise of not only St Patrick’s, but also most of the county too. Not that anyone in Dromiskin or Darver would have agreed with that simplistic summation though.

In 2006 they lifted Joe Ward much to the surprise of not only St Patrick’s, but also most of the county too. Not that anyone in Dromiskin or Darver would have agreed with that simplistic summation though.

Since that day in Pairc Clan Na Gael seven years ago, much has changed at Cluskey Park. A drop into intermediate football followed as one barren season joined another.

The success of 2006 remained a stand alone beacon for the Joes and their loyal following.

Last year they were remorselessly torn apart by O’Connell’s in the semi finals. That defeat to their nearest rivals would have hurt some. Also the fact that they failed to turn up and showed little in terms of a cohesive team unit was worrying.

Nearly twelve months on and the mood has lifted somewhat. A decent, if unspectacular league campaign to date has seen the Joes remain in the hunt for a semi final place and a chance at moving up to senior league football. It’s all part of an attempt to return to where they believe they truly belong.

Clan Na Gael and a very strong looking Sean O’Mahony’s will, of course, remain many peoples favourites to lift the Seamus Flood trophy, but the Joes could be the ones to watch this summer.

The O’Mahony’s have been a surprise package in division one in 2013. Under the stewardship of new manager Brendan Nordon they were the early pace setters for the opening six rounds. A recent blip has put St Patrick’s back on top, but the Point Road men already have silverware in the cabinet this season in the shape of the Paddy Sheelan Shield.

A final appearance will not be unexpected by the O’Mahony’s faithful. Last season’s semi final replay loss to Clans still hurts and there’s no doubt they’d relish a chance to gain revenge against their town rivals.

A team which at the beginning of 2013 would have been seen by some as favourites were the men from Louth village - St Mochtas.

With the likes of the two talented Byrne brothers - Ciaran and Declan - in their ranks 2013 was looking like a promising one for the Saints.

Yet their league form to date in division two has been well below par.

They lie third from bottom, although a morale boosting win last time out may point the way towards a brighter summer for Mochtas and with St Fechins and relegated Young Irelands in their group they may do just enough to squeeze into the quarter finals.

The men from Tullyallen make a welcome return to intermediate championship football following their Christy Bellew success.Flung into a Group Four consisting of Eamon McEneaney’s Geraldines and St Brides, Glen Emmets may find the step up a step too far. However nobody is under any illusions that avoiding relegation would represent a good summer.