Three in a row for Lordship? 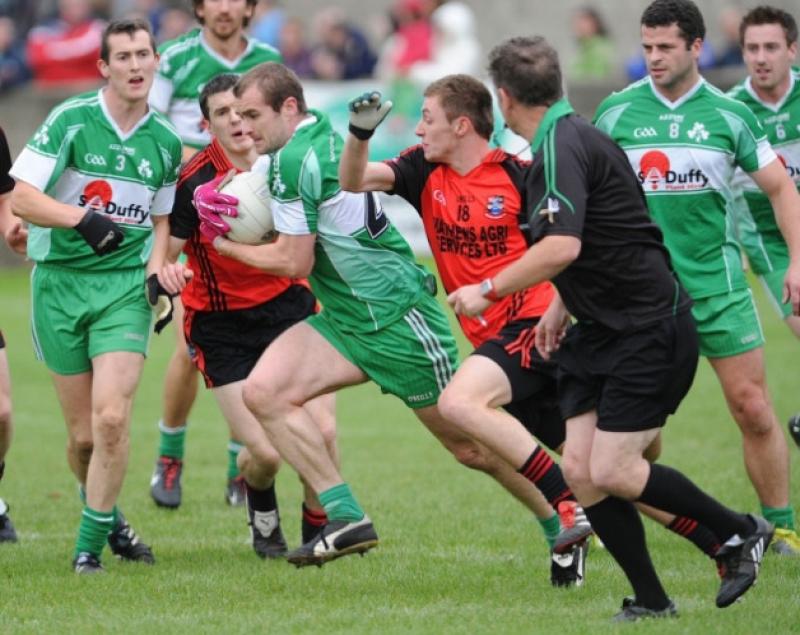 “Uneasy lies the head that wears the crown” - or so Shakespeare would have us believe in Henry VI Part 2 anyway.

“Uneasy lies the head that wears the crown” - or so Shakespeare would have us believe in Henry VI Part 2 anyway.

For Fegal Reel and the Lordship Green Machine any weight of expectation has been swatted away with a professional and ultra committed contempt in recent years.

Last year’s Senior championship victory only served to highlight the massive strides St Patrick’s have taken under the stewardship of Fergal Reel as they attempt to achieve a three in a row of senior championships this year.

It also accentuates the growing chasm between them and the chasing pack. Dreadnots fought valiantly in Drogheda during the showpiece final, but they were never able to get within striking distance of Reel’s charges.

This year, after a - by their standards anyway - shakey start to the league campaign, The Pat’s are top of the pile and looking quite comfortable at that.

Their group this year is one for the neutrals as well. Pitted against fierce rivals Cooley and the dogged men of Kilkerley, it’ll be one to watch and, as the cliche goes - anything is possible.

Yet, those strides within the county by St Pat’s have also been built on in the Leinster Club Championship. Last year saw the Peninsula men win a first club championship match in nine years. They beat Offaly champions Rhode 1-9 to 1-7 and were narrowly pipped by Sarsfields of Kildare in the quarter finals.

All this bodes well for St Patrick’s, but will send a shiver down the collective spines of the rest of the senior clubs hoping to cause an upset.

Amongst those teams is the men from Bellingham.

O’Connell’s had a historic year in 2012. Lifting the intermediate championship following the defeat of Clan Na Gael was followed by a bandwagon jumping run to the final of the Leinster intermediate club championship.

Wayne McKeever’s men may have come unstuck in that turgid game against Monasterevin in Drogheda, but it did little to cool the sense of triumph that 2012 was.

Yet there has been a hoodoo of sorts hanging over O’Connell’s. They played St Patrick’s in last year’s Division One league final and they were seen off convincingly. There was the sense that the Castlebellingham club just couldn’t get one over the Lordship side.

All that changed in this year’s Paddy Sheelan Cup final. Sure it may only be a preseason warm-up competition, with little in terms of lasting and historical significance, but it did finally get that green and white monkey of their backs at long last.

It remains to be seen how O’Connell’s will take to life in the senior championship, but having played Division One league football for a few seasons now, they should be in a position to compete at the very least. With the two Rangers - Glyde and Mattock in their group, O’Connell’s could just have enough to progress to the quarter finals anyway.

2012 was the culmination of a long campaign, one which ultimately ended in failure for Dreadnots. But for such a young team it was an important moment and one which should serve them well as they attempt to go one better in 2013.

Dreadnots were, to some anyway, the surprise package of last year’s championship. If their form in the league was anything to go by they were doing ‘just okay’.

Paddy Clarke knows better of course, he usually does. He saw a young side, a side with real quality and dedication. Another appearance in a championship final this year wouldn’t surprise too many.

Just down the road from Lordship at Father McEvoy Park lies a team with big expectations, but little in terms of silverware in recent seasons. New manager Adrian Sheelan was quick to point to the league as his prmiary focus in 2013, yet if the bookmakers are to be believed, the Kickhams are joint second favourites to lift Joe Ward. Of course it’s a sensible approach from Sheelan, but with a team that bristles with inter county players they should be well capable of making a run to the latter stages once again and odds of 9/2 maybe worth a small wagger for a betting man.