Dundalk Gaels celebrate being number one U15 side in Louth 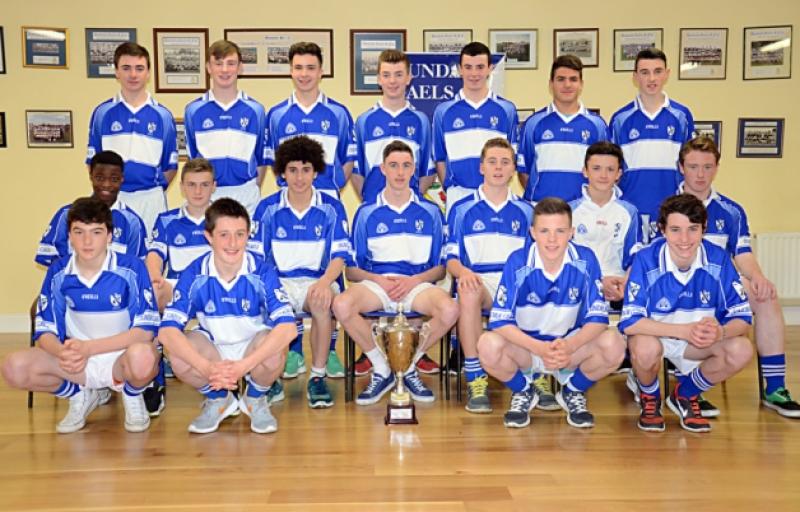 On Saturday night last, the Dundalk Gaels U15 team celebrated an exciting and successful end to their season which culminated in them securing the Division 1A League title in Darver recently.

On Saturday night last, the Dundalk Gaels U15 team celebrated an exciting and successful end to their season which culminated in them securing the Division 1A League title in Darver recently.

This young Gaels team have competed in a number of finals in recent years missing out narrowly on each occasion and they were delighted therefore to go one step further in 2013 and secure the Division 1A title.

After a successful round of league matches the Gaels qualified for the knockout stage of the competition. In the semi-final the Gaels faced a tough task away to Cooley Kickhams. In one of the best games of the year the Gaels came through a tightly contested match to win by three points. The final score being 2-10 to 2-7.

The Gaels then faced an amalgamation team in the final made up of players from Glyde Rangers, St Kevins, Sean McDermott’s and The Westerners.

The game was played under lights in Darver on a dreadful night. The terrible weather conditions did not stop both teams delivering a match full of great skill, commitment and entertainment.

The Gaels started the game well and raced into an eight point lead at half time. St Kevin’s made a great comeback in the second half to force the game into extra time. The Gaels once again started strongly in the first period of extra time with the Kevin’s pushing hard all the time but the Gaels ran out deserved winners by five points in the end, 4-12 to 3-10.

It was the end of a great season for the Gaels in which the team worked very hard all year. The team is managed by Robbie McCrave, Andrew McCrave and Paul Morgan who are very proud of all the lads and look forward to working with them again in the U16 competitions in 2014.

Pictured to the right is the U15 squad with their U15 Division 1A Trophy in Dundalk Gaels clubrooms.