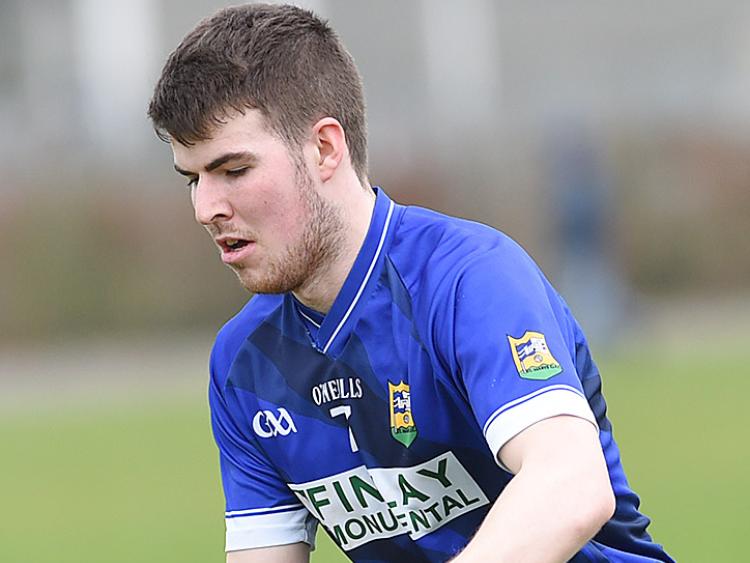 Kian Moran found the net in the opening quarter before adding a second from a penalty just before the break to send his side in leading by 2-7 to 0-2 at half-time. (Pic: Arthur Kinahan)

Hunterstown Rovers and Ardee St. Mary’s opened the 2020 season when they clashed in Group E of the Paddy Sheelan Cup at Páirc Baile Fiach on Friday night.

In a game affected by the elements it was the Ardee side who came out on top with a strong first half display setting them up for victory.

Kian Moran found the net in the opening quarter before adding a second from a penalty just before the break to send his side in leading by 2-7 to 0-2 at half-time. Conor Gillespie was also among the points for visitors, while Tony McKenna and Brendan Lennon were on target for Rovers.

The hosts had the advantage of the wind in the second half and got back into contention with points from Glen Matthews, Alan Landy and Paul Carrie. However, good defending from Mary’s prevented them getting in for a goal to ensure the visitors got off to a winning start.