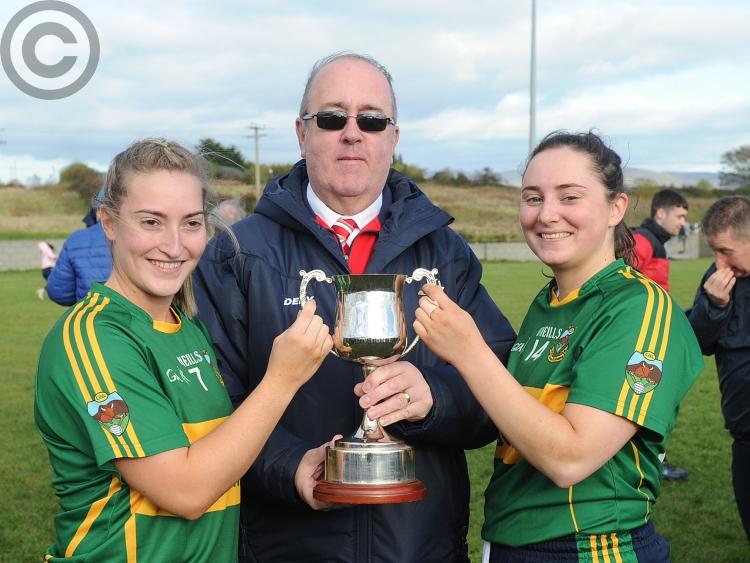 In a physical game, where referee Kevin Carroll did his bit in allowing proceedings to flow, Kickhams recovered from an interval deficit to control the second half, holding Gers to just two points.

Renowned goalscorer Eibhlin Rice accounted for half of Kickhams’ tally of majors, including a strike which turned the tables within seconds of the ball being throw-in after half-time, as Cooley never gave victory a second thought.

In spite of sitting 1-6 to 1-4 in front at the turnaround, Gers will acknowledge their failure to reach the required levels, and while the absence of seven starters from the senior final was a factor, they crucially failed to make telling use of their considerable first half wind advantage.

The Haggardstown team led 0-3 to one midway through their spell aided by the conditions, but Niamh Rice’s accuracy was impressive and when a Lauren Boyle free dropped short Megan Ferguson was on hand to score the game’s first goal.

To their credit, even when reduced a player following Eilis Hand’s sin-bin, Gers closed the half strongly, Rebecca Mooney’s flicked goal sparking a run where the holders accrued three of the next four points to lead at the break.

But Kickhams were a different animal on the restart, pushing ahead through Rice’s first maximum before her younger sister, Niamh, and Boyle cut loose with a spree of points.