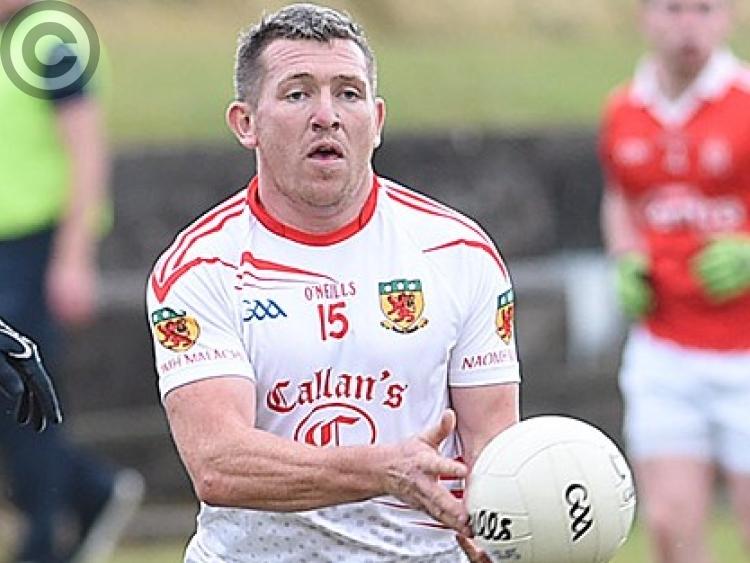 Collie Rooney was on the Naomh Malachi team against Dowdallshill in Dundalk on Friday night. (Pic: Arthur Kinahan)

Naomh Malachi overcame a gallant effort from Dowdallshill to make a winning start to the JFC as they emerged with a nine-point win at Clan na Gael Park on Friday night.

The Courtbane men had the edge on their opponents for much of the game, but it wasn’t until the final quarter that they managed to secure the win with Pádraig Moley, Colin Rooney and Ronan Greene doing most of the damage.

The game began in dramatic style as the Mals almost found the net within 30 seconds, only for Paudie Murray to deny Jack Kirwan with a fine double save.

However, it only proved to be a temporary relief for the Hill as Moley and Greene found their range to help their side lead  0-6 to 0-1 in the early stages.

The Dundalk men did fight back before the break and with Finnegan among the scorers they had cut the gap to 0-8 to 0-3.

That deficit was down to just two early in the second half and it could have been even better for the Hill, but Gerry McShane had a shot narrowly wide, while Stephen Murray fisted over the bar when he might have had a goal.

The Mals composed themselves after those scares and with Rooney taking centre stage they kicked five in succession on their way to a comfortable win.