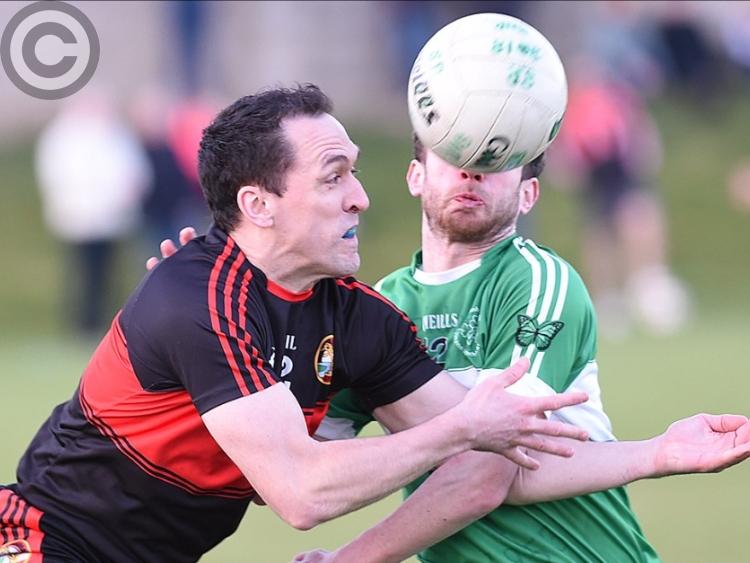 Dreadnots' Brian Gargan and Aidan McCann of St. Patrick's will be in action at Castlebellingham on Sunday afternoon in the Anchor Tours SFC. (Pic: Arthur Kinahan)

St. Patrick’s lost their opener last season and they face a stiff task to avoid a similar outcome 12 months on, with Dreadnots set to be too strong for the Lordship men at The Grove on Sunday.

The Clogherhead natives won the teams’ league fixture and have tended to get the upper hand in tussles of the duo in more recent times. Although, in both of their senior final appearances, in 2012 and ’14, it was Paddy Keenan and co who emerged on the right side of the result.

A pivotal game as the winner will likely join Roche in advancing from the group.

Na Piarsaigh have been operating out of a higher division, but the Seans have got used to winning. Arguments could be made either way.