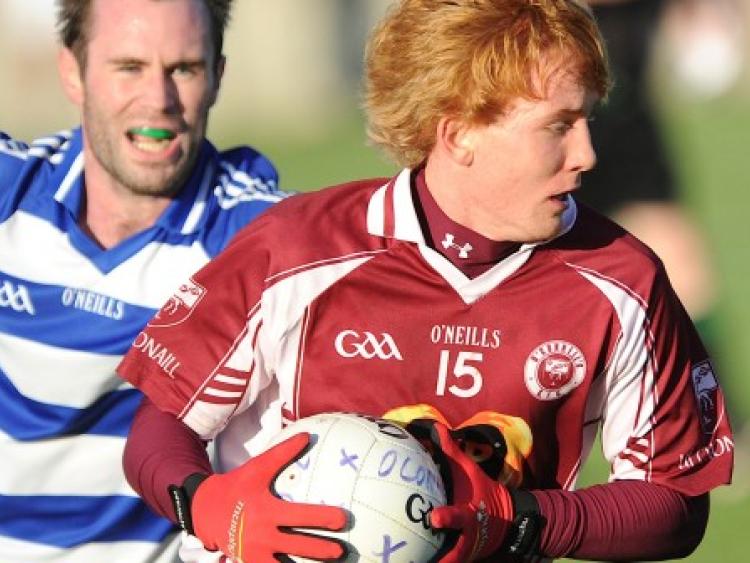 O’Connell’s picked up their third win in the league when they had a 10-point victory over the Oliver Plunketts at The Grove on Saturday evening.

Cian Doyle opened the scoring with a point in the first minute and a Niall Conlon free doubled the lead not long after. Niall Murtagh got the Drogheda side on the board with a point, but Conlon restored the two point margin with his second of the game.

A free from Cian Brady cut the lead to one, but the home team hit a purple patch and scored 1-3 in the next four minutes with the goal coming after Doyle passed to Conlon and fired his shot to the roof of the net. He also pointed two frees and the other point came from Doyle to leave the score 1-6 to 0-2 after 15 minutes.

Half-back Josh Cormican got the Plunketts’ next point but a minute later the Bellingham side got their second goal when Doyle hit the post with a shot and he reacted quickest and fired the rebound to the net. The teams shared the next two points and Conlon and Doyle got the last two points of the half to leave the score at the break, 2-9 to 0-4.

Substitutes Dean Stanfield and Seán Meehan got the first two points of the second half for the home team, but the visitors got the next two both from keeper Luke Haggins, one an excellent 45 and the other a free from a near equal distance.

The Bellingham side were awarded a penalty on their next attack after Doyle was taken down in the square. Doyle took the spot kick but Haggins got down well to save the shot. However, the rebound came back to Doyle he stroked the ball into the net.

The men from Mell were more in the game this half and after a good move down the field Craig Early found Dean Carolan and he shot to the net. John McLoughlin got the home side’s next point, but the visitors got the next three, two more from keeper Haggins, a free and another 45 and a free from Brady. Doyle and Carolan exchanged points and Doyle got the last point of the game to take his tally for the night to 2-5 and ensure his team make it three wins from three played.