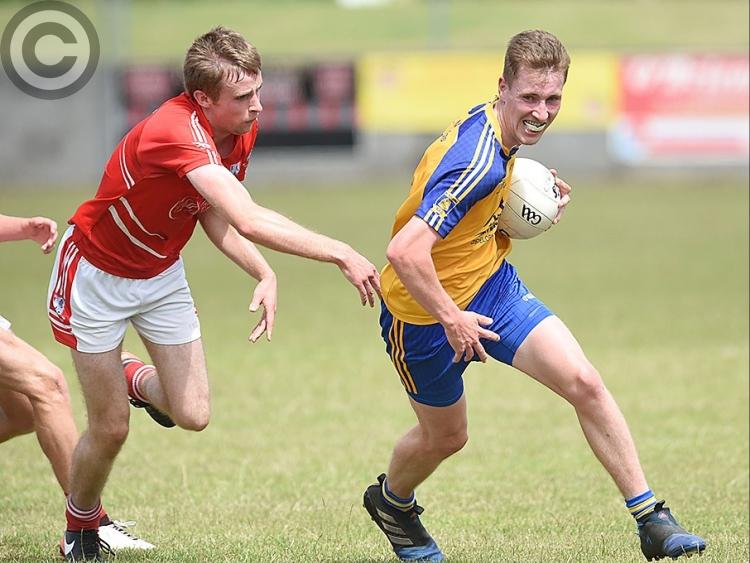 St. Mochta’s remain in the mix at the top of the Division Two table thanks to a nine-point victory over Hunterstown Rovers in Stabannon on Friday night.

The Louth Village men suffered their first defeat the previous week, but showed good character to turn in a solid display as they earned a deserved victory.

Declan Byrne led the scoring for Mochta’s as he ended with 10 points to his name, while there were vital contributions from Eamon O’Neill, Jamie Farrell and Gerry Garland.

Hunterstown had the better of the opening stages and found the target through Ryan Burns, David Finn and Glen Mathews. However, with Byrne finding his feet, Mochta’s asserted their authority and at the break they had established a 0-11 to 0-6 lead.

It was a similar story in the second half as Mochta’s always had the edge despite the best efforts of Hunterstown. Dean Byrne, Ryan Ward and Pádraig Matthews pointed for Rovers, but the Louth Villagers weren’t going to let the game slip and went on to record a comfortable win.