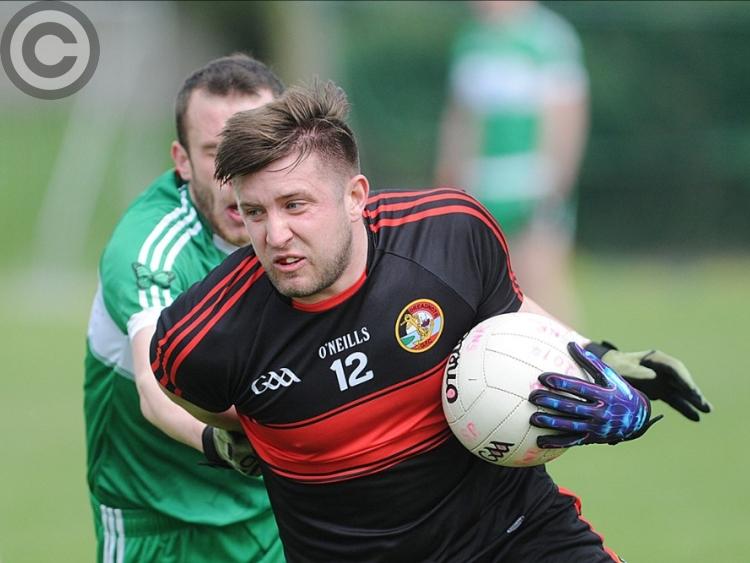 Dreadnots had to survive a brave second half rally from St. Patrick’s before they held out to claim victory and maintain their position at the top of Division One.

With the help of a Carl Monaghan goal, the Clogherhead men were seven points to the good at the interval. However, Pat’s fought back to within a point entering the final minute before two late points sealed the win for Dreadnots.

Dreadnots got off to a great start and Monaghan’s fisted goal on 10 minutes, which ultimately proved to be the difference between the teams, helped his team lead 1-4 to 0-1.

Pat’s were fighting hard to stay in touch and scored through Tadgh O’Connor, Cathal Grogan and Gavin Gregory, but they still went in at the break trailing 1-9 to 0-5. Points from play for Peter Kirwan, Páraic Smith, Anthony Williams, Nathan Sutherland, Liam Shevlin and Monaghan along with frees from Jay Hughes and James Califf saw Dreadnots in control.

However, Pat’s were in no mood to give up the fight and eight points in 25 minutes of the second half were countered by Liam Shevlin efforts from play as the lead was brought to a single score.

In a dramatic conclusion it was Dreadnots who made sure of the points with a pointed free from Califf and a point from play from Monaghan.