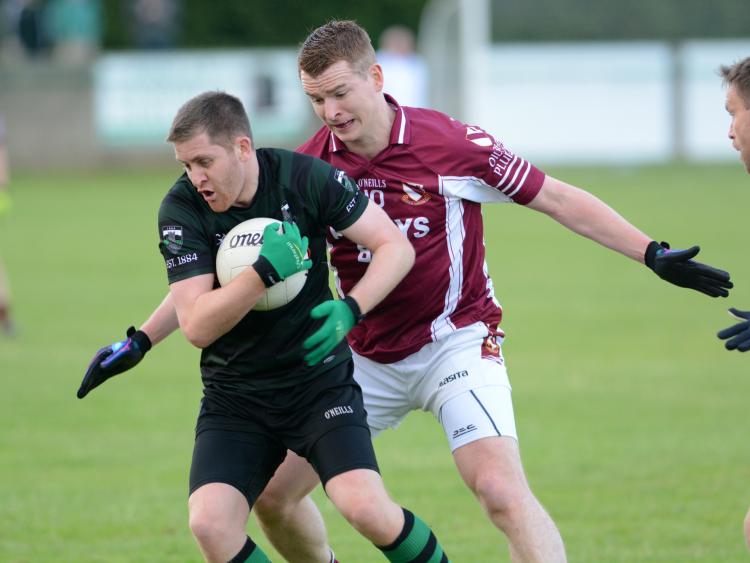 Mark Savage's goal for Dundalk Young Irelands proved the difference in their match with Oliver Plunkett's.

Young Irelands edged home in a tight encounter at home to Oliver Plunkett’s on Sunday thanks to a late penalty goal from Mark Savage.

The game started well for the Dundalk side as they got off the mark through Jordan O’Donoghue. but Plunkett’s got on top and replied through Seán Callaghan and Rickey Bateson before Conor Early and Robbie Brodigan helped them extend the gap.

Crucially, Young Irelands kept themselves in contention as Peter McStravick and Derek Maguire cut the gap at the break to 0-9 to 0-7 with late points.

The home side had the better of the second period and moved a point clear when Dean Maguire (2) and McStravick found the target. Savage’s goal put them four clear with ten minutes to play and despite a late point from Callaghan, Plunkett’s were unable to bridge the gap.