INSIDE TRACK | Call them what you like, St. Mochta’s want the IFC title 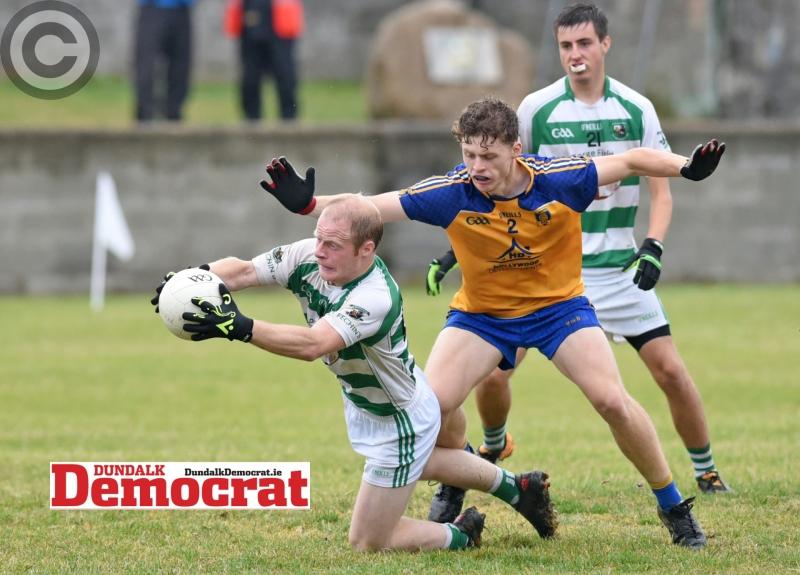 There should be the makings of a slogan, or maybe even a poem, in the names given to finalists in two of the county’s championship finals. The Jocks and The Mochs - how could you go wrong?

Let’s try a slogan: “Time for The Mochs (The Jocks) to pull up their socks.” Or “....tick the box.” (Awful, I know, but not a lot different to some of the other stuff that appears on this page?)

For those who don’t know, The Jocks are Naomh Máirtín, who are through to the senior county final for the first time - and The Mochs are St. Mochta’s, out against St. Fechin’s next Sunday in the final of the intermediate.

Let’s set aside The Jocks for another day – their meeting with the title-holders, Newtown Blues, is not taking place until October 21.

In the years I spent covering the Louth scene I don’t think Mochta’s had their name shortened, at least not on this paper’s pages. They might have been called the Villagers, but hardly the Village People.

But for most of the others, it was the full name, or, if there was a danger of repetition, Emmets and Rovers and Parnells and Rangers, or the second part of their name, such as McDermott’s. Several teams would lose their ‘sainthood’, including St. Mary’s, though perhaps the most popular alternative for the Pairc Mhuire side was the lovely-sounding Ardonians.

Blues, Clans and Gers were abbreviations, but I don’t think I ever went with ‘Barrs. More like, Naomh Finbarra, which, of course, is not the Togher club’s spelling on official documents.

I’ll be kind and blame text slang for names nowadays appearing in headlines such as The Naps (Na Piarsaigh), The SOMs (Sean O’Mahony’s), The Dreads (Dreadnots) and the truly awful The Rags, which is sometimes pinned to O’Raghallaigh’s. Thank goodness there are no teams with Drogheda in their names. We could then have Drogs appearing in not only the soccer pages.

I’ve an affinity with St. Mochta’s. I played a very small part in the production of their history a number of years back, suggesting to Denis McArdle that they have a picture or a drawing of St. Mochta’s House on the cover. The work of a local girl, the drawing looks good to this day.

But long before then, when still in my early teens, myself and one of my brothers had a fortnight’s holiday at the home of my first-cousin, Patsy Connolly, in Tullycahan.

It was more of a working holiday, because most of it was spent thinning turnips for the Byrne brothers, from Little Ash. The field, I remember, was triangular in shape, the first drill – or last, depending on how you viewed the field - was incredibly long. It was good thinking on ours to start with the longest drill. In that way, the work would be getting easier as the drills reduced in size. Or so we thought.

Evenings were spent down at the football pitch, and roaming around the aforesaid St. Mochta’s House and the nearby ruin of what I presume was an old church. We also went to the pictures in the village. Yes, the pictures. The Ceili House was the village’s answer to Dundalk’s Adelphi, except that it was about ten times smaller.

Because of the foregoing I’ll be rooting for Mochta’s on Sunday, and I hope my friends in Termonfeckin will understand.

There’s a good game in prospect at The Grove. Neither team was particularly well fancied before the competition got underway, but both are deservedly through to the last round. They were in the same group for the league section, neither expected to head Hunterstown Rovers in the tussle for points. Mochta’s had the more difficult route after that, playing senior league sides, St. Bride’s and Mattock Rangers, at the knockout stages.

There’ll be a real céilí in the village if they can finish in front of Fechin’s.