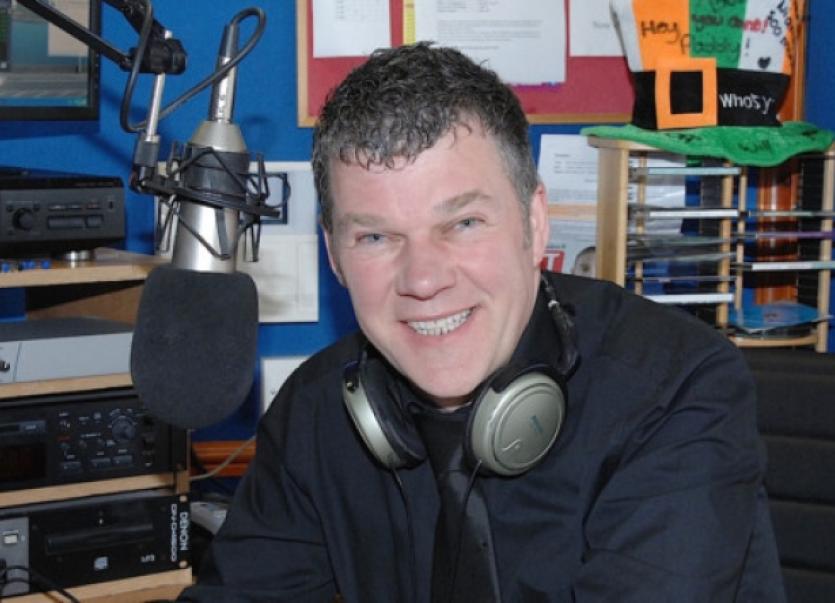 The Blackrock man has been involved at the station since its inception as Dundalk Weekend Radio, presenting a magazine show named The Talk of the Town.

When the station was granted its full license and named Dundalk FM100, Michael presented The Feel Good Factor and That Friday Feeling, which was on the air for seven years.

In a shake-up of the schedule last March, station bosses asked Michael to present the station’s flagship programme Town Talk on Monday, Tuesday and Wednesday.

Speaking to The Dundalk Democrat about his time at Dundalk FM, Michael said “I have loved every minute that I have spent at Dundalk FM.

“I am a full-time artist and I felt that I was not giving the station everything that I could. It is well known that men cannot multitask and I didn’t want to give half-a-heart to the station.

The presenter was known for his professionalism in broadcasting and is leaving a station that is thriving.

“The station is thriving,” said Michael, “There is so much going on in Dundalk FM. I hope I have contributed somehow to the success of the station.

“I have had a fantastic experience and its amazing that you can affect peoples lives. I played a song and a woman phoned the station saying that it brought back memories of her husband that was dead.

His unique interview style was always a bit hit with listeners.

“I got great feedback during the years. I always had a light hearted approach to interviewing.”

But he agrees, he will miss the station.

“There is a great bunch of people working in the station and I will miss them.”

Oriel Park fans will be happy to know that Michael will still be match announcer at Dundalk FC games. He will also continue to be the voice of the Dundalk St Patrick’s Day parade.

Despite DundalkFM leaving the door open for a possible return, the presenter says he has drawn a line in the sand.