The mysterious disappearance of an unsung Dundalk hero 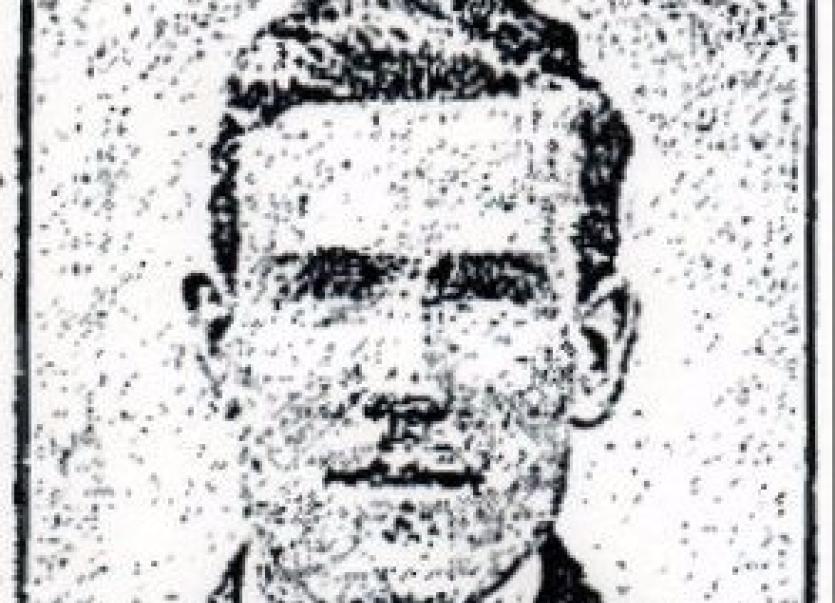 The mysterious disappearance of an unsung Dundalk hero Percy A Spalding

When writing my article in last week's notes about electricity rationing in Dundalk homes during the World War 2 Emergency, I was reminded of the tragic story of the disappearance of the man who almost single-handedly was responsible for the success of establishing an electrical power supply to the town of Dundalk.

Back at the beginning of the last century Dundalk was still a town 'in darkness' during the long winter months and the switch-on of street lighting in June of 1912 was an event that was secondary only in importance to the economic welfare of the North Louth by the coming of the railways over sixty years earlier.

Indeed, the two events were inexorably linked in turning the town into an engineering centre of excellence at the time of great change in Ireland as the Power Station was under contract to supply the G.N.R. Locomotive Works at Ardee Road.

To get back to the story of the electrical engineer who managed the establishment of the Power Station in Dundalk, Percy Alfred Spalding, one of the town's truly 'unsung heroes', I will 'begin at the end', as it were by quoting a report from the Ulster Herald published on February 4, 1933.

Under the heading 'Dundalk Engineer Missing' it states -

"Police are investigating the reported disappearance of Mr. Percival Alfred Spalding, a 49 year-old electrical engineer of the Crescent, Dundalk.

"His brother, Mr. Albert Spalding, of Southdown Road, Wimbledon (London) said to a press reporter – 'My brother visited me at Christmas Time and on January 10 I saw him off at Euston (Railway Station), when he caught the Boat-train for Ireland.

'Since then I have neither heard nor seen anything of him. He apparently boarded the Steamer but did not disembark on on the other side. His suitcase was found on the deck but there was no trace of him.

'My brother had recently suffered from influenza but he had no worries, as far as I know. He is 6ft. in height and clean shaven. He is dressed in a brown suit, pullover, dark overcoat, white muffler and golfing cap.'"

This report says nothing about the fact that Percy Spalding was a well-known figure in Dundalk for over twenty years and that he had been District Engineer and Manager of the Urban Council's Power Station off Chapel Street from 1911 until the E.S.B. took over the town's electricity supply.

Percy Spalding was an electrical engineer from London who was appointed by the Dundalk Urban District Council to set up their Power Station on September 1, 1911 at a salary of £250 per annum. Much of what I known about him comes from the late Canice O'Mahony's 'History of Dundalk U.D.C. Power Station' published in 2012 by the Town Council to mark the centenary of the event.

Canice's excellent work says nothing about Percy Spalding's untimely end but I recall, from talking to him, that he had a great admiration for him and felt that he was badly treated when he had to step down as District Engineer when the E.S.B. took over on April 1, 1930.

Spalding was also a great friend of the Third Editor of the Dundalk Democrat, Thomas F. McGahon, who had performed the 'switch-on' of the public lighting in Dundalk on June 1. 1912, as Chairman of the Dundalk Urban Council. In a leading article in the Democrat of March 3, McGahon wrote of the bitter discussions between the Urban Council and the E.S.B. officials prior to the take-over - "Mr. Spalding, in whom the Town had the most hard working and conscientious public official, as he is one is one of the most capable in his own profession, will be spared the recurrence of the unpleasantness to which he has been under subjection."

There is much more to the story of Percy Spalding's connection with Dundalk which I do not have the space write about in these notes but I am most grateful to the late Canice O'Mahony who provided me with much information about the civil engineering workings of the Town in the last century.

Canice, to a large extent, was responsible for my continuing to write for the Democrat about local history and current affairs for nearly two decades. I hope that somebody younger than I will be able to take up that story and be able to shed some light on the mysterious disappearance of Percy Spalding 85 years ago this month.

I am also most grateful to Charlie McCarthy of Coastguards Houses for information about the disappearance the electrical engineer who did so much for Dundalk before he went missing at an early age. He tells me that he first heard of the story of Percy Spalding from another Dundalk electrical engineer, the late Maurice O'Neill of 'Benburb', St. Mary's Road, who was one of the first members of staff of the new E.S.B. appointed in 1929.

I know that Spalding lived in the house at the top of Vincent Avenue that was later occupied by Bridie O'Rourke, twice Chairperson of Dundalk Urban Council. Mr. Spalding was married in 1910 when he was Manager of the Galway Electrical Power Station but I have not come across any reports of what happened to his widow or children, if he had any. Mr. Spalding's body was never recovered and his death remains a mystery to this day but the legacy of his work lives on.