The incredible story of the escaped 'Newry Bear' 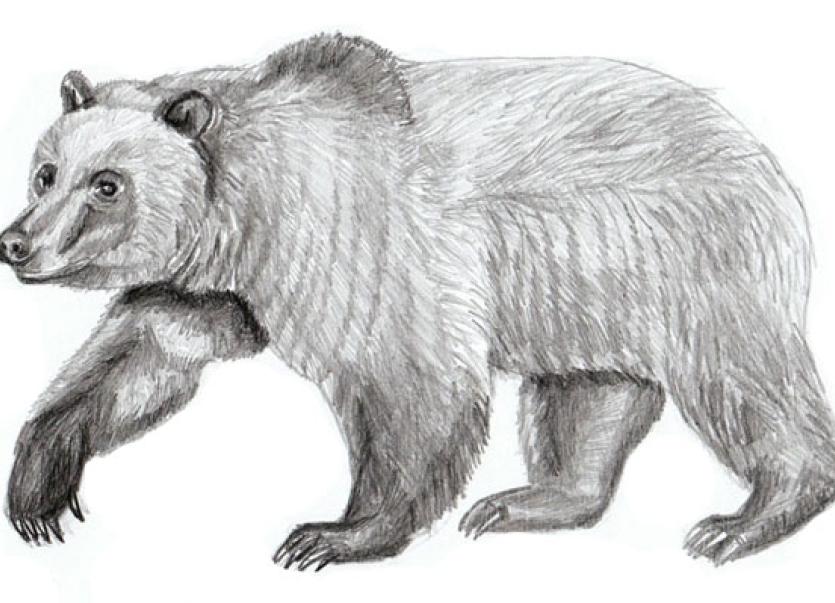 The remarkable story of the wild 'Newry Bear'

Did you ever hear the story about the 'Newry Bear'?

This story was brought to mind by the recently released movie 'Paddington Bear' which, I understand is still very popular with children and even some adults.

I first read about the 'Newry Bear' some forty years ago when Tom McDevitte wrote about the fantastic beast in his 'Roamer' notes published in the Democrat.

According to Tom 'it was the terror of the land particularly of South Armagh' over 100 years ago.

He goes on to explain that there was a circus visiting Newry at the time which had a 'wild beast show' among their attractions and it was said that the bear had escaped.

'Immediately its fame became widespread and its escapades became reported daily in the Dublin and London newspapers.

"One moonlit night", wrote Roamer, "it was reported to have eaten no less than eleven goats at Dromintee. Another night it scared the living daylights out of two fellows sitting in a forge, causing them to spend the night shivering on top of an old tin roofed barn.'

The story goes on to say that the bear was reported to have eaten a wandering blind fiddler near Killeavy and had the people of that district blockading themselves in their homes at night.

He adds that a Dublin newspaper volunteered the fact that bears were notoriously fond of honey and brown sugar. This report gave rise to 'a crop of advertisements for cheap hives and even cheaper sugar'.

Despite the reports and 'eye-witness accounts' the bear eventually disappeared into thin air and was never heard of again!

Tom went on to explain that the story had no more substance than a casual remark passed about a gruff solicitor nicknamed 'The Bear' which got magnified and later turned into a gigantic hoax by a local journalist.

I have known some journalists like that in my own lifetime who would have been only too happy to spread 'Fake News' for the sake of earning a few bob or even just the fame of seeing their stories in print. One young chap went so far in his search of a scoop that he captured a local stray cat and got a photographer to take a picture of it coming down the gangplank of a tramp steamer berthed at the Quay. He then wrote a fictitious story of the cat having jumped on the ship in Egypt and travelled all the way to Dundalk to find a new home.

Why the stories of a huge bear wandering the country lanes at night might have been believed by general populace can be explained by the fact the 'dancing bears' were a common enough sight in Ireland in those times.

If you want proof of this you have only to look a copy of Victor Whitmarsh's 'Old Dundalk' which has a photograph of a man holding a large bear on a chain outside the Crescent houses at Blackrock at the beginning of the last century.

The other thought I had was to wonder what the Facebook fanatics would have done with a 'Fake Bear' story in these days of social media? I would bet that it could 'go viral' if somebody was brave enough to dress-up in in a hairy costume and roam around in the half-light! They could, of course, get themselves tranquillised or even shot by the authorities; so, take my advice, and don't put the theory to the test!