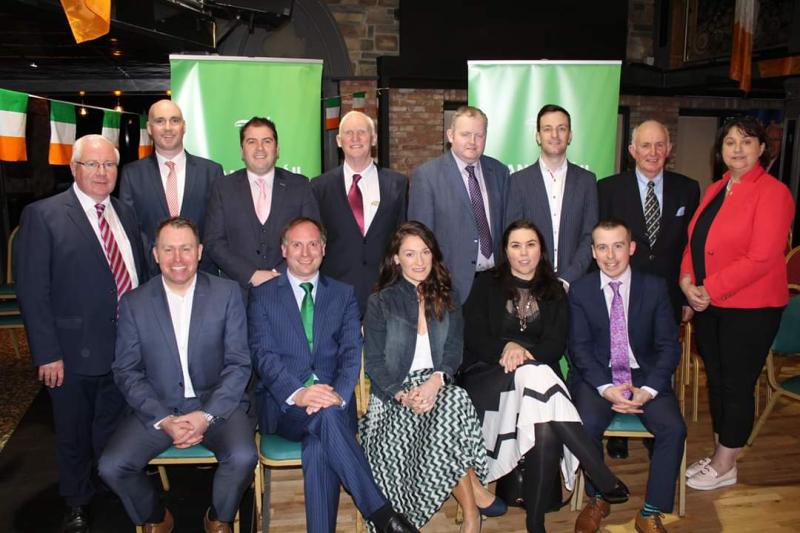 Fianna Fáil have revealed their eleven candidates contesting the local elections in May this year following a launch night in Muldoons of Ardee last Thursday.

The meeting was addressed by Dara Calleary TD, Deputy Leader of Fianna Fáil, who discussed national issues including Brexit and said the local and European elections were very important to ensuring a strong Fianna Fáil representation across the county.

Tributes were paid to retiring councillors Peter Savage in Carlingford and Tommy Byrne in Drogheda who are retiring after long service on the Council.

Two European candidates addressed the meeting who are running in the vast Midlands North and West region, including Louth, former Minister for Agriculture Brendan Smith TD and Anne Rabbitte TD whose late husband was from Dunleer.