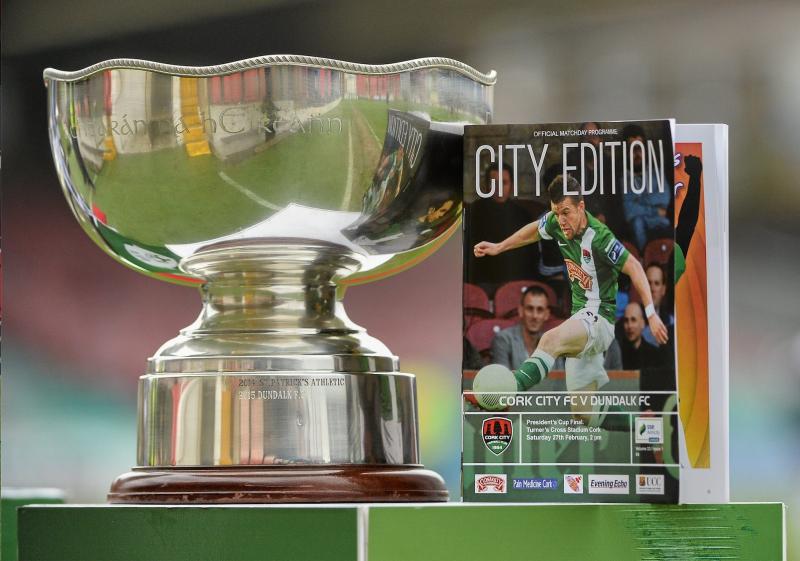 The President’s Cup will remain on Leeside for another year as Cork City lay down an early marker against Dundalk at Turner’s Cross on Friday night.

Sean Maguire, the man who bagged the last goal of the 2016 League of Ireland season when he scored the winner in the FAI Cup final against Dundalk last November, helped himself to the first of the new campaign to give the hosts a half-time lead.

Dundalk’s best opening came in the 35th minute when Patrick McEleney’s cross picked out John Mountney but his header across goal was brilliantly saved by Mark McNulty.

John Caulfield’s side took firm control of the game when Kevin O’Connor beat Gabriel Sava with a 68th-minute free-kick that the Lilywhites goalkeeper should have dealt with.

And the hosts sealed their fifth win in the last six games against the league champions when Karl Sheppard cut in from the right to make it 3-0 in stoppage time.

A miserable night for Dundalk was compounded when Ciaran Kilduff was carried off on a stretcher with a serious-looking knee injury just seven days ahead of the SSE Airtricity League opener against Shamrock Rovers at Oriel Park.