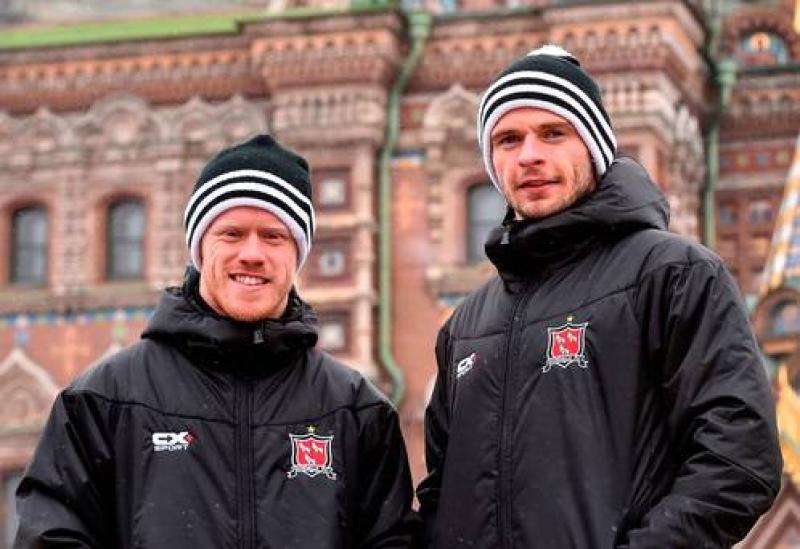 Preston North End manager Simon Grayson is very pleased with how Irish duo Daryl Horgan and Andy Boyle have settled into his squad and revealed that he expects big things of both players.

Horgan and Boyle joined the Championship side from SSE Airtricity Premier Division champions Dundalk in December.

Both players impressed massively during Dundalk’s extended European run and also forced their way into the international reckoning, earning a place in Martin O’Neill’s Ireland squad.

"We’ve got a couple of scouts over in Ireland, as a lot of clubs have, to keep an eye on the situation of players over there," Grayson told the Game On podcast.

"These guys have done it in the Europa League, in the Champions League when they’ve played against top opposition. Ultimately we liked what we saw and what I saw of them, I was very impressed with them.

"When I got a chance to meet them I was really impressed by their attitude and their hunger to succeed and ultimately we had to fight off quite a bit of competition for both players.

"The one thing I could do with both players is work with them and give them an opportunity in the Championship and see where their career goes from there."

Grayson is confident that the European experience that both Horgan and Boyle enjoyed with Dundalk will stand them in good stead and that they will be able to swiftly bridge the gap between the League of Ireland and the English second tier.

"I’m really pleased with how both players have settled in,” he said. “They’re good lads and hopefully they’re going to play a big part for us.

"Sometimes it’s a big of a risk when you’re taking players from the League of Ireland to the Championship because there is a bit of a gulf.

"But these guys have done it in the Europa League, in the Champions League when they’ve played against top opposition.

"We didn’t feel it was a risk at all to sign these players. We’re delighted to have got them and the biggest thing for me was their enthusiasm and desire to keep improving."

Horgan made his debut for Preston last weekend in their 2-1 FA Cup defeat to Arsenal and while Boyle may have to bide his time a little longer, Grayson is confident he will fit right in.

"Daryl was involved in the squad at the weekend and Andy hasn’t been quite yet but sometimes it’s easier to incorporate an attacking player into your squad than a defender.

"Defenders get punished very quickly if you’re not careful and Andy’s still learning how we work as a back three and as a back five.

"As an attacking player there isn’t as much emphasis on when you make a mistake but I certainly see both players playing a big part in this football club, hence why they’re here."