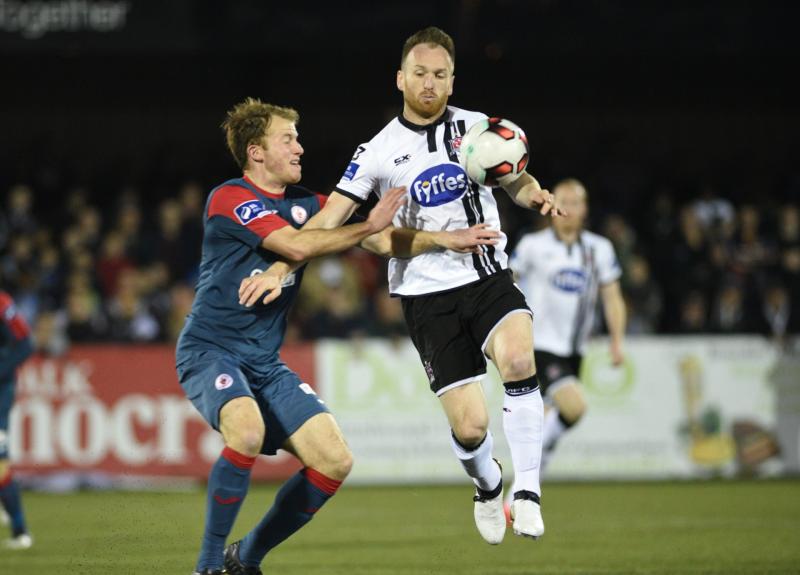 Dundalk’s lead at the top of the SSE Airtricity League has been whittled down to just a single point after the champions fell to their heaviest home league defeat in six years on Friday night.

Sligo Rovers, who arrived at the border venue looking to end a five-game run without a win - and also a goal - stunned the home support when they took the lead inside the opening 60 seconds.

Supporters were still coming through the turnstiles when Dundalk goalkeeper Gary Rogers completely missed a Brian Gartland pass back and although he got back to claw the ball away before it could cross the line, Achille Campion followed up to slam the ball home and give Dave Robertson's side the perfect start.

Dundalk regained their composure and Ronan Finn could have had a first-half hat-trick, seeing two efforts curl wide of Ciaran Nugent’s post and another brilliantly saved by the goalkeeper.

It looked like an equaliser was on the way but Sligo stunned the home support in the 37th minute when Phil Roberts, a substitute for the injured Campion, curled a great effort into Rogers’ left-hand corner.

Dundalk given hope when referee Ben Connolly sent Rovers winger Liam Martin off for hacking Sean Gannon down in the 54th minute but it was the Bit o’Red that put the game to bed when Raff Cretaro exchanged passes with John Russell to leave Andy Boyle for dead before rifling a stunning effort past Rogers.

While Dundalk crashing to defeat, Cork City ran riot against Galway United at Eamonn Deacy Park and The Leesiders’ 5-0 win means that they will arrive at Oriel Park on Tuesday night just one point behind Stephen Kenny’s side and with a better goal difference.