Tom Kirk was the beloved husband of Mary 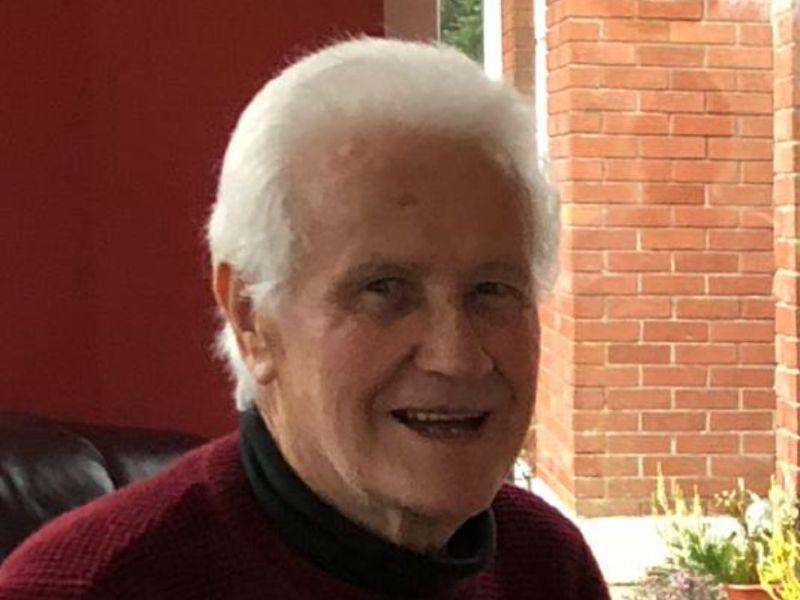 He was born at home in Derryfalone, Hackballscross on March 18, 1936.

He went to Drumsinnot school just across the fields from his home.

He served his apprenticeship as a mechanic in Crosson's garage in Dundalk and then moved to O'Neill's in Dublin.

He finished his career in Tracell in Dublin, importing heavy machinery.

This afforded him the opportunity to travel extensively to places like Alaska and Japan.

In his later years he travelled to Peru to visit is brother Fr. Gene Kirk.

He was a highly regarded boxer and gaelic footballer, but excelled at cycling. He won an all Ireland medal in 1958.

His passion was hunting and his dogs.

He loved to walk the local countryside and always had some of his beloved dogs at his side.

He returned to his place of birth, Derryfalone, approximately 16 years ago where he lived out his final years.

After reposing at his home on the Wednesday, Thomas was taken on Thursday morning to The Church of the Immaculate Conception, Kilkerley for a Liturgical Service.

The Month's Mind Mass for Thomas will take place on Sunday, May 19 at 10am in the Church of the Immaculate Conception, Kilkerley.