John was known for his good humour 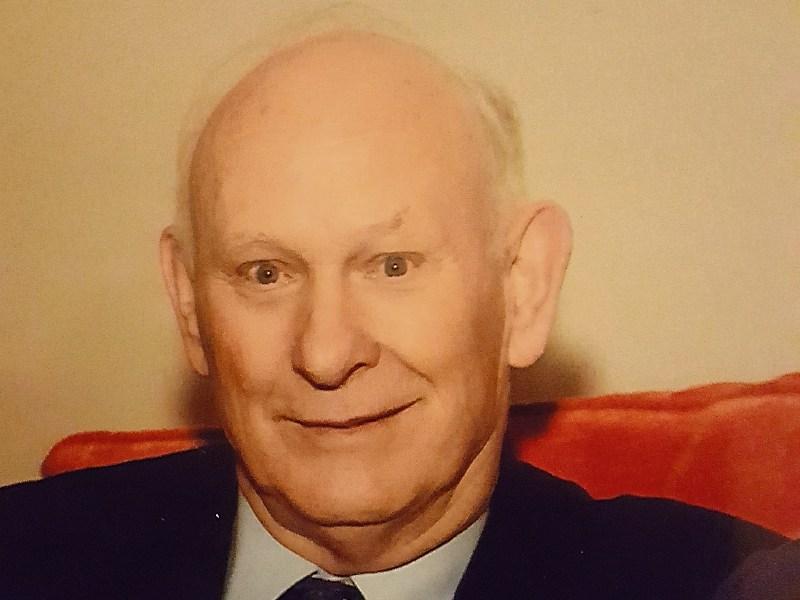 John McCoy, Bohernamoe and 42 The Village Moorehall Lodge, Ardee passed away in Moorehall Lodge Nursing Home on April 26th 2016 at the age of 85. He was blessed with a very peaceful death surrounded by his wife Vera and 7 sons Peter, Martin, Michael, Sean, Paul, Seamus and Gerard.

John lead a very active and full life and worked in his early years in the Great Northern Railway, Castleguard Textile Ardee for 27 years, Lissadell Towels and latterly Drogheda Grammar School. He enjoyed his working life and held many management positions. He was affectionately known as ‘Samson’ by the students in the Drogheda Grammar school for his larger than life stature and good nature.

Throughout his life he was actively involved in many aspects of community life in Ardee including the local Dramatic Society, De La Salle Past Pupils Union, Ardee Church Choir for 60 years, a member of Ardee Town Commissioners, Talent Contests in the Bohemian Centre and he served as Chairman of St Mary’s Football Club and was Honorary Vice President at the time of his death.

He had many passions including gaelic games, game hunting and music and singing but his biggest love was for his family and many friends.

He married Vera Dullaghan from Darver in 1957 some weeks before Louth’s famous All Ireland victory, and they lead a very happy and full life together with seven sons who are now all settled and working in the local region.

John spent his last 7 years in the loving care of the staff at Moorehall Lodge Nursing Home, and the family would like to acknowledge and thank very sincerely all the staff who cared for him and enriched his life particularly in the final years of his illness.

The family would also like to thank all those who cared for John over the years including the local doctors, the priests and nuns of the parish, the local hospitals and the Alzheimer’s Society of Ireland.

They would also like to thank Finlays funeral undertakers, the local Gardai Siochana for assisting during the days of the funeral, St Mary’s Football Club for the Guard of Honour, those who brought mass cards and mass bouquets and the many friends and neighbours who paid their respects during his wake and funeral.

John is very much missed by his wife Vera and his seven sons, Daughters in Law, his remaining brothers Patsy and Eugene, Grandchildren, Great-grandchild, Nieces and Nephews and many family and friends in Ardee and beyond.

“We remember and miss you every day of every week Dad, and your values, passions and strengths will live forever through your children and grandchildren”.

Anniversary mass Saturday April 29th at 6.30pm in the Church Of Nativity, Ardee.