Family was the love of Margaret's life 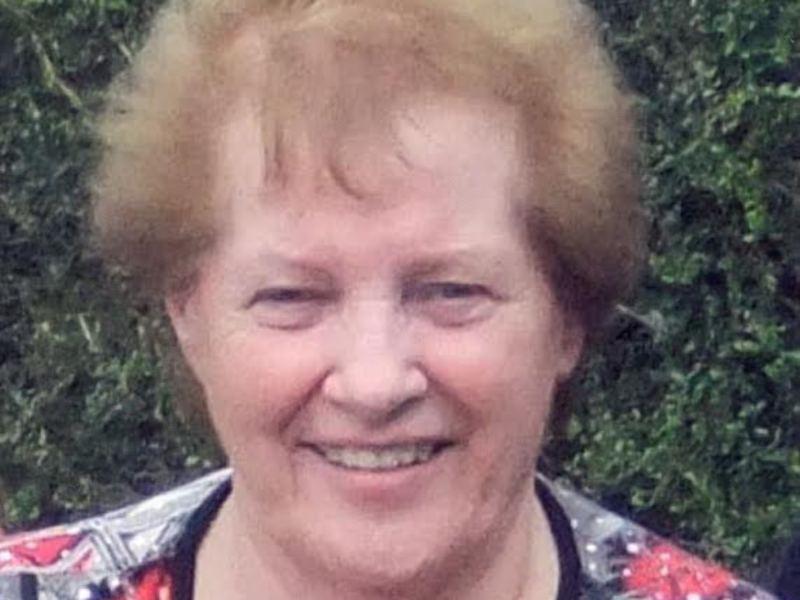 Born in Castleblayney, Co. Monaghan, to Patrick and Elizabeth Cumiskey, Margaret moved to Dundalk with her family, at the age of just two, and they settled in the Army Barracks houses, and Margaret attended the nearby Convent of Mercy School. The second eldest, and last surviving of five children; she was sadly predeceased by her brothers, Patsy and Gerry; and sisters, Rosaleen and Esther.

The family later moved to Pearse Park, where Margaret spent many happy years, and from where she obtained employment in Rawson’s shoe factory, like so many of her generation.

She later met and married her husband, Michael Sullivan, and the couple had three children, Mickey, Ann and Barry, and they settled in Oakland Park, creating a family home, in which Margaret lived happily for the rest of her life.

With her husband, Michael, having to leave work early due to ill health, Margaret found herself combining the roles of both homemaker and wage-earner.

Not being work-shy, Margaret took on various roles to support her family. She spent many years in Ballymascanlon Hotel, and later worked in the Christian Brothers School until her retirement. She will be remembered wherever she worked by both employers and colleagues alike, as hard-working and diligent, and she made life-long friends at work. Along with working and raising her three children, Margaret, on the death of her sister, Esther, also became mother to Esther’s boys, Bernard and Patrick.

This was no surprise to those who knew Margaret, as caring for others was something that came naturally to her, and was most important to her throughout her life.

Whenever there was a crisis, Margaret was the first there. She always put others’ happiness ahead of her own, and more than once during the wake, were heard the words, ‘she had a heart of gold’.

She nursed and cared for her mother-in-law during the final years of her illness, and was also there for her sister, Esther and brother, Patsy during their illnesses. Family was the love of Margaret’s life, and her happiest times were always spent in their company. She was a woman of simple pleasures, and whether it was bingo with her siblings and friends, or a day out in the car with her own children, it was always the people around her who were most important to her, and from whom she drew the most pleasure.

Margaret enjoyed her Wednesday trips to the hairdressers for the craic as much as getting her hair done, and would always have a story home with her.

Not being one to travel, she did, however, enjoy family holidays down the country, and loved her visits to the south-east counties of Wexford and Waterford, which she took on many occasions. At home, which since the death of her husband, Michael, she shared with her son and carer, Barry, she enjoyed nothing better than having a cuppa and watching her favourite programmes on television, especially if surrounded by her family.

Among her favourite programmes were This Morning, Tipping Point, The Chase, The Royle Family, and Mrs. Brown’s Boys, so many a laugh there was in front of Margaret’s TV, moments her heart-broken family, to whom her death came as a shock, will always treasure.

Margaret is survived by her family, Mickey, Ann, Barry, Bernard and Patrick, and their partners, son-in-law, Pat; daughters-in-law, Anne, Claire and Gillian. She is also survived by grandchildren, Michael, Kira, Maria, Niamh, Rebecca, Rachel, Conor, Liam and Elise; and great-grandchildren, Jake and Penny; as well as sister-in-law, Blondie; nephews, nieces and extended family. After reposing at her home, Margaret’s funeral Mass took place in the Church of the Holy Redeemer, and was celebrated by Fr. Montague.

Gifts symbolising Margaret’s life were presented at the altar by sons, Mickey and Barry; daughter-in-law, Anne and niece, Ross. Readings were given by grand-daughters, Niamh and Maria; and prayers of the faithful led by family members, Pat, Bernard, Patrick, Martin and Padraig. Offertory gifts were brought to the altar by daughter, Ann; and son-in-law, Pat; and a reflection was also read by son-in-law, Pat. Music was provided by vocalist, Niamh O’Hanlon and organist, Fidelma Bellew.