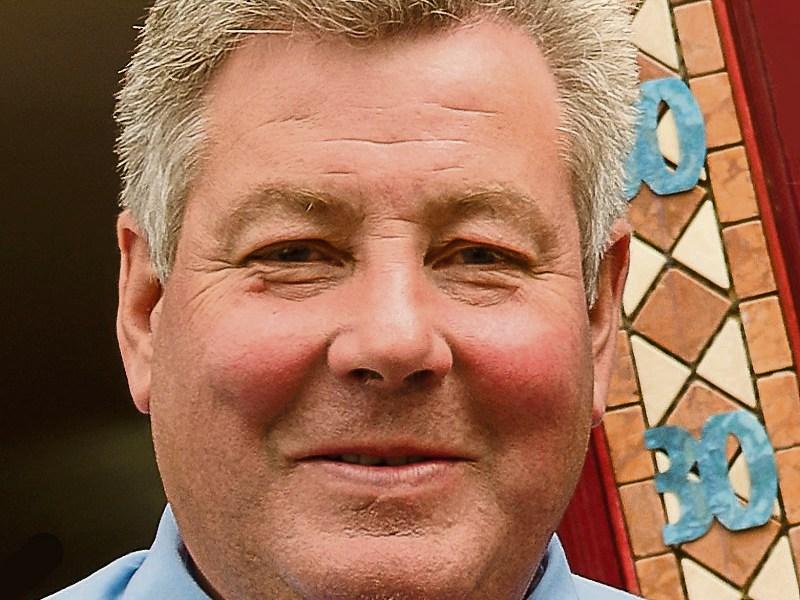 The sudden passing of Peter Conlon on December 19th shocked both town and county. Peter was born in 1954 to parents Peter and Mary. He went to school in Drumsinnott N.S and Dundalk Technical School.

On leaving school he worked for a short time with Joe McArdle panel beating before beginning his cooking life as a junior chef under the guidance of Tommy O'Donoghue in the Imperial Hotel. During his early years as a chef Peter worked in many local hotels as well as The Four Seasons Hotel, Monaghan and The Great Southern Hotel, Rosslare. He also spent some time working at The Hilton Hotel in Rotterdam, the Netherlands.

In 1981 Peter married his wife Margaret (nee Kettle) and they were blessed with five wonderful children Martin, Christopher, Gareth, Deborah and Rachael. Peter's family were his whole life and in order to spent quality time with them he decided to leave the hotel business and in 1984 he set up his own business Conlon's Food Hall.

He opened his first shop in Patrick St, moving to Bridge St some 18 months later before finally purchasing his flagship premises at 14 Church St where he also established a state of the art catering facility. In 2007 Peter opened in The Longwalk Shopping Centre and in 2015 he expanded further by opening in The Avenue Centre. He also operated a very successful canteen in St Vincent's Secondary School. Peter loved his business and his wonderful staff became his extended family. He had a wonderful relationship with his customers, valuing each and every person who came through the doors counting them as friends.

Peter was involved with many charities and he worked tirelessly to support them. These charities included Vita, Crumlin Children's Charity and Dundalk Parents and Friends of The intellectually disabled for which he organised his Monaghan Way walk over the last few years. There were also many charities he supported privately.

Travelling was also a great passion of Peter's and as part of his charity work he travelled to various parts of Africa, Mexico and the U.S.A taking parts in sponsored walks and educational workshops. Peter and Margaret had many happy holidays abroad with their children and in more recent years the two of them enjoyed many trips to various locations in Europe. Peter's greatest pleasure what the time he spent with his family and he always encouraged them in everything they undertook. He was especially proud when his son Christopher joined him in Conlon Food Hall and the business continues to thrive under his leadership.

Peter reposed at his home at Gorteen, Inniskeen until he was taken to Mary Mother of Mercy church, Inniskeen were his moving requiem Mass was celebrated by his friend and cousin Fr. Noel Conlon. The readings at Mass were given by sister in law Caroline Murphy and Rachael's partner Conor McGinnity, Prayers of the faithful were led by Melanie Conlon, Adrian Conlon, Michelle Goss, Marie Markey and Mark Conlon. Presentation of Offertory Gifts was by Christopher and Deborah Conlon. Symbols of Peter's life were presented by Seán Murphy, Zoe, Jessica and Brad Rooney. The beautiful music was by Grainne and Naoise Murphy, Derek Kettle and Tony Hande. A communion reflection was read by Rachael Conlon while Gareth Conlon read a moving and fitting tribute to his Dad.

Peter was laid to rest in St Mary's Cemetery Inniskeen, Guards of Honours were provided by Staff of Conlon Food Hall, Inniskeen Grattans, Pupils of St Vincent’s Secondary School and Pupils of St Daigs N.S where Peter served for many years on the Board of Management.