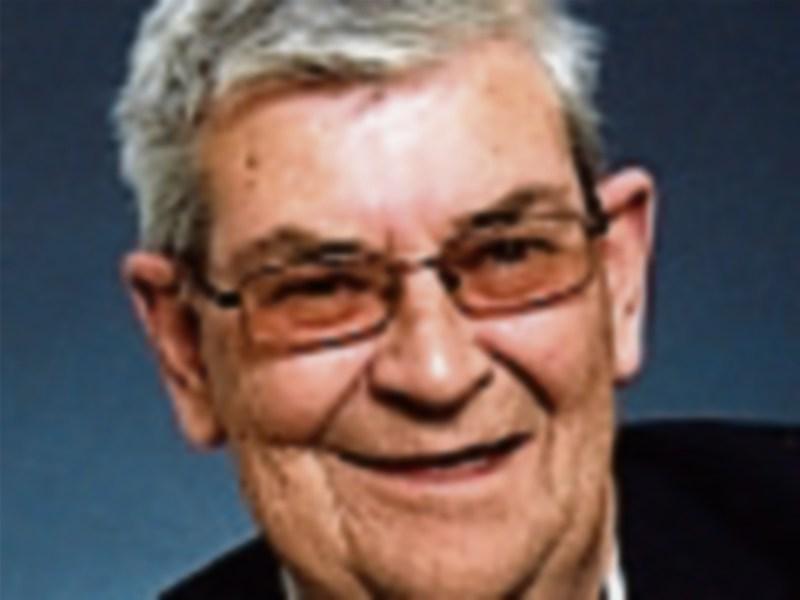 Richard Dunne from 8, Saint Nicholas Avenue died peacefully at Our Lady of Lourdes Hospital on January 8 last. He was known as Richie to family and friends and was a man of simple ways, generous nature who always wore a smile and greeted and talked to those he met. He worked his entire working career for 35 years in the town’s former Macardle Moore brewery.

Richard started his working life at the age of 16 taking up a temporary job in Macardle Moore on the Ardee Road. Two years later he was given a permanent position in the plant, and worked there until he retired in 1991.His last job was as a senior fork lift driver.

He was brought up and adhered to the old fashioned way of at the end of the week handing up his wages to his mother, who was the holder and distributor of the family income.

Born on her Feast day, February 1, Richard had a strong devotion throughout his life to Saint Brigid. He was the youngest of three children, comprising two sons and a daughter of the late Richard (Dick) Dunne and the former Brigid McKeever. He grew up on the town’s Armagh Road and went to school in the De La Salle.

He was gifted with a very sharp mathematical brain, and was capable of performing at a higher level in the company but never sought promotion. He was so quick with his mental calculations that he would have worked out the answer ahead of colleagues using a calculator.

He made a lot of good and lasting friends in his time in the brewery from the ground floor to management, and testament to the regard in which he was held was how many turned up at his obsequies.

Richie married Kathleen Wynne form Lower Faughart on Saint Stephen’s Day 1973 after the couple met at a local dance and formed a relationship whereby they decided to commit to a life together .

They bought the home of Kathleen’s parents at Saint Nicholas Avenue and that was where they resided throughout their married life. They were blessed with one son, Wayne.

They enjoyed socialising together in hostelries in the area, with McAllister’s a favourite. They shared a strong religious conviction with a special devotion to Saint Brigid, attending the annual Novena Triduum in Saint Nichols Church.

He was a man who loved life’s little pleasures, like a cup of tea. After he retired he was happy to walk his brother-in-law Niall O’Donnell’s greyhounds, and enjoyed doing his own garden.

He enjoyed all types of sports, and had a great fondness for Manchester United, and loved watching all sporting activity from darts and snooker to horse racing on television.

He addressed all ladies with the greeting “sweetheart” – a way of getting over not knowing or remembering names. But he remarkably never forgot a birthday, anniversary or a special occasion of family members. He always whichever was appropriate presented a card, bunch of flowers or box of chocolates to the person celebrating one or other. His secret was he kept assiduously an annual diary.

That was his generous nature, with his grandchildren, Tiernan and Sophie liberal beneficiaries. He always provided them with pocket money and money for the shops.

He had health issues over the last eight years, and succumbed after a ten week battle with cancer.

He was predeceased by wife Kathleen in July 2011, along with his parents

Richard reposed from the Monday at his residence and was taken on the Wednesday to Saint Nicholas Church. Requiem Mass was celebrated by Father Brian Slater CC who also gave the eulogy.

At the start of Mass gifts symbolising Richard‘s life, including a cup, family photograph and quiz book and pen were presented at the altar by Dean O’Donnell, Amy McDonnell and Evan Corrigan.

The Readings were given by Miriam Thompson and Olivia Corrigan, while the Prayers of the Faithful were led by Emily O’Brien, Grace Corrigan and Tony Dunne.

The Offertory gifts were taken up by son, Wayne and daughter-in-law, Jennifer.

Wayne also read a reflection after Holy Communion on behalf of his son, Tiernan.

The music was provided by singer, Mary O’Hanlon and organist, Brendan McCourt,

Month’s Mind Mass is on Sunday, February 12 at 12 noon in Saint Nicholas Church.