Sheila was a real 'home bird' 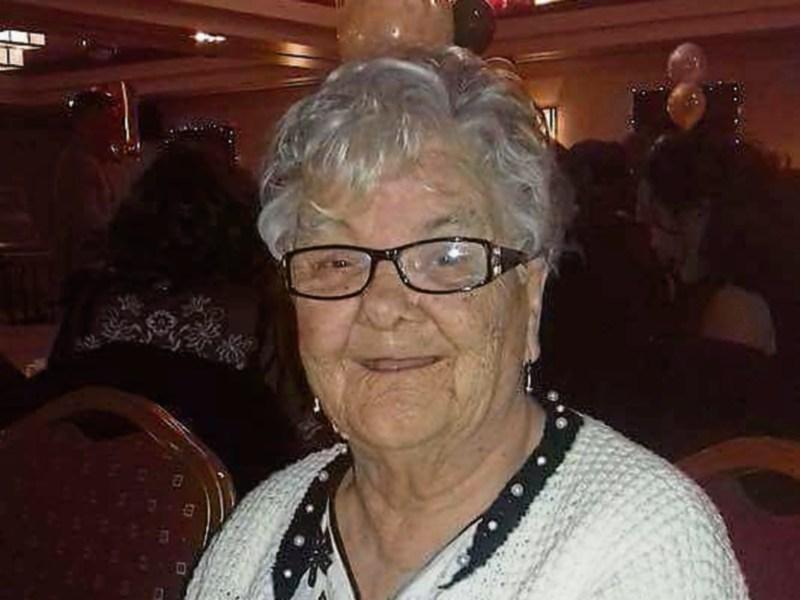 Sheila O’Rourke died suddenly on January 6 at her residence at Saint Ronan’s Terrace. Her death followed eight months after the passing of her husband, Larry who was “Mr Shamrocks” to all in soccer circles in Dundalk not just in his community.

The club was founded jointly by Larry and his brother-in-law Jim McKeever, Fatima Park who died in December. The pair who was like brothers will always be synonymous with the club but Sheila also played an important background role in the club.

It was in her sitting room that meetings of the club were held and Sheila provided the hospitality, and carried out other thankless tasks not least the washing and drying of the kit.

She was a lady who liked to “give out” but at the back of it had a heart of gold, who excelled in her role as homemaker and carer to her husband and family and was content and happy in her home. She was a real home bird, who didn’t like to be far away from it.

Her one outing always was on a Friday to do her shopping and that was her main social outlet. She at one stage enjoyed going to bingo but drifted away from it. She had a liking for horse racing, but then turned to trying her luck with scratch cards.

But in the main she was happy seated in front of her television watching the various quiz and challenge programmes like Bullseye, Catchphrase and Supermarket Sweep to Wants to be a Millionaire. and never tired of watching repeats from the 1980’s and 1990’s. Her great passion was for darts and snooker, and also idolised her favourite singer Elvis Presley.

She had a great devotion to Padre Pio to whom she prayed every night and lighted candles to him. She practised her religion very much in her own way, not necessarily attending Mass or ceremonies.

She enthusiastically encouraged her grandchildren to read, and also was a great believer of the educational value of the challenge of doing jig saw puzzles. She was to her great grandchildren Mrs Brown from Brendan O’Carroll’s popular comedy series with her manner and even her language.

She was one of 11 children reared by William and Teresa McKeever whose first home was in Defender’s Row before moving to O’Hanlon Park. Sheila attended the Convent and Castletown Schools, and after finishing school went to work in the local shoe industry in Rawson’s factory.

She also worked in the Rotunda Hospital in Dublin where she met her future husband Larry, a native of Manorhamilton and was reared in Bundoran. He was a soldier based in the city at the time.

The couple married in 1952. They lived for a while in Dundalk and went to London. Sheila’s late brother Jim and his wife Liza also emigrated to London. Larry and Jim founded a schoolboy soccer club to which they gave the same name as the local club they started when they returned to Dundalk to serve the Castletown/ Fatima area. Sheila during her time in London worked in a sponge factory in Kilburn and Ashbley’s electrical factory where two of her sisters, Kathleen and Bernie also worked.

The two couples returned to Dundalk and lived in the Fatima estate.

Sheila and Larry in 1963 moved into Saint Ronan’s Terrace, and remained there for the duration of their lives, rearing their eight children, five sons and three daughters.

Sheila reposed at her residence from the Monday night to Wednesday morning when she was taken to Saint Joseph's Church, Castletown.

The Readings were given by daughter, Milanda and granddaughter, Louise while the Prayers of the Faithful were led by grandsons, Luke, Padraig, Niall, great-granddaughters, Cara and Orlaith and sons-in-law, Paul and Mark.

Memorabilia of Sheila’s life including a photograph of her with husband, Larry and also of Elvis, along with a packet of cigarettes and a scratch card, dart board, bag of liqurice allsorts sweets were presented at the altar by daughter, Audrey, son, Brendan, granddaughter, Ellie, niece, Sharon and son-in-law, Liam. The Offertory gifts were taken up by sons, Desmond and Philip, with Philip also a Eucharistic Minister at the Mass. The music was provided by Olivia Finnegan on the organ and singer, Roisin Crawley. Burial took place in the adjoining Cemetery