John was highly thought of in local sporting circles 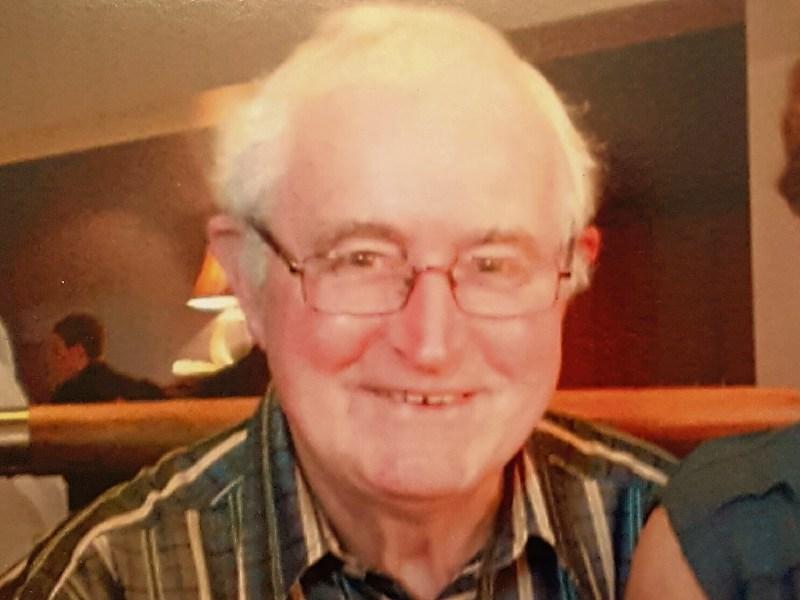 John Duffy Oaklawns who died peacefully on December 22nd was a family man first and foremost and highly thought of in local sporting circles.

He was an avid golfer attached to Greenore Golf Club and also a founder member of the established T.J Golfing Society. He was one of the stalwarts of the society with players drawn from over local clubs.

Johnny as he was known to family and friends was best known for his quick one line quips and kind heart.

In his younger years he ran and was member of his local Dowdallshill running club.

He grew up in Dowdallshill on the Doylesfort Road. He was son of James and and Mary-Ellen Duffy, Castletown Road.

After he married he went to live in Oaklawns where he resided until he took up residency in Carlingford Nursing home and passed away in the tender and dedicated care of the staff.

He was predeceased by his parents, brothers Jim, Vincent and Michael and sister, Jacinta.

He is survived by his wife, Marina and daughters Marina Patricia and Alison, sister, Patricia Matthews of Dunleer, sister in laws, Barbara Duffy and Olive McEntee, brother-in-law, Paddy Matthews, along with his nieces, nephews and extended family, relatives and many friends.

His family are very grateful to Florence and Liam Leathem, Joe Molloy, Thomas Ward and Tom Hughes, along with the staff of Carlingford Nursing Home who showed deep respect and provided excellent care to John during his difficult time with Dementia.

Donations were made to the Alzheimers Society in Johnny’s memory.

The family also are thankful to Quinns Funeral Directors for their kindness, care and professionalism over the course of the funeral.

Johnny's Months Mind will be celebrated at Mass on Sunday, January 29th in St. Joseph's Redemptorist Church at 12.30pm.