Lily worked hard to care for her family 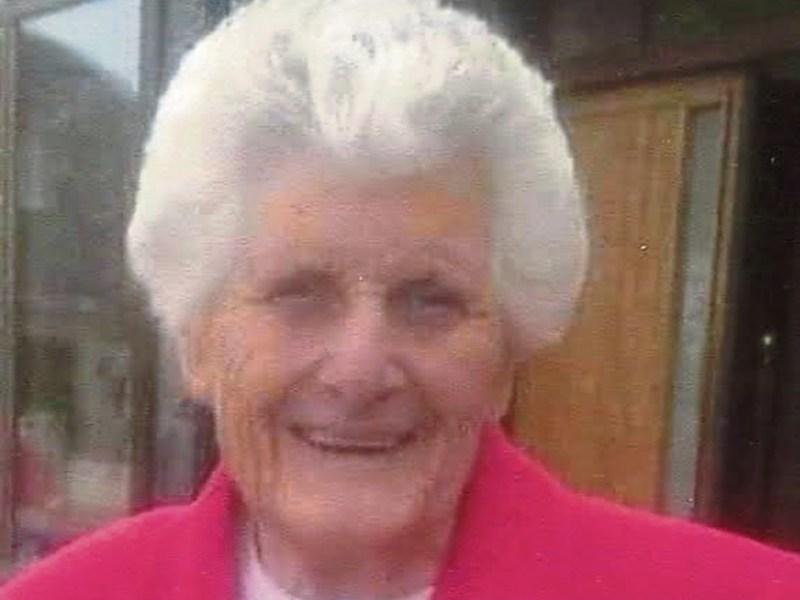 Lily McNally, 96 Oakland Park, Dundalk, who died peacefully on December 30, 2016, after a short illness, was a lady who devoted her life to caring for her family.

After the tragic death of her husband, she was left to provide for their three young children, and did this by taking on a number of jobs.

Later, she also looked after her mother and brother, and reared her great-grandchild, Kerri, from when she was a baby.

Originally from Slievenagloch in the north Louth parish of Lordship, Lily (86) was one of nine children of Kathleen and Peter Joseph Jordan.

She worked in a number of different houses, one, as far away as Kilkeel, County Down, cleaning and looking after children.

Lily married Brian McNally, and they had two sons and one daughter.

In 1961, Brian was tragically killed in a road accident, which left Lily to look after the children, all under the age of five at the time.

Lily also cleaned the income tax office when it was located in Douglas Court, following the death of her husband, before leaving to care for her mother, and brother, Thomas, who had MS.

Lily was one of the very first to move into Oakland Park, Dundalk, over 50 years ago. Number 95 got the first key, and no. 96, her residence, the second.

In later years, she enjoyed the Young At Heart club in the Redeemer parish, and their trips to places like Mornington.

She loved her garden and tending to the flowers. Indeed, she might be chatting to someone outside, and stop in mid-sentence to pull out a weed, or do some other small job in the garden.

Lily was predeceased by her parents, brothers, Joseph, Paddy and Thomas, sister, May and grandson, Paul.

After reposing at her daughter, Margaret’s home in Bay Estate, Lily’s remains were taken to the Church of the Holy Redeemer for funeral Mass. Burial took place afterwards in Lordship cemetery.

Readings at the Mass were given by grandchildren, Susan and Stephen. Prayers of the Faithful were led by Maria McNally and grandchildren, Paula and Chloe.