Nancy had a great interest in politics 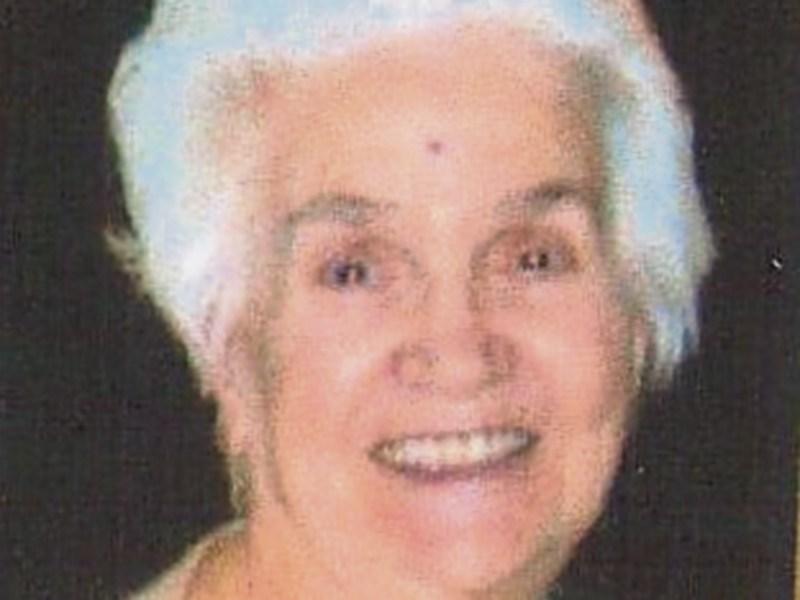 Nancy Durnin died just short of her 91st birthday in the tender and loving care of Blackrock Abbey Nursing Home on December 11 last.

Born Ann Nancy Donnelly in Newry, County Down to parents Michael and May, she was the second of their four children. She was predeceased by brother, Kieran Donnelly and sister, Maureen Vernon. Her brother Tom is now the only surviving sibling.

The family moved to Dundalk when Nancy was a teenager, where she worked briefly in a local shoe factory.

It was in Dundalk that she met and married her late husband James (Jimmy) Durnin. Marrying at the tender age of 19 she assumed the role of homemaker, housewife and mother to her six children.

The couple settled in Cluan Enda and Nancy put her considerable domestic skills to the benefit of her family.

These skills included knitting, at which she was most accomplished, providing knitwear for family and friends both home and abroad.

She also enjoyed baking, setting aside each Sunday and Wednesday for the task of providing brown bread and apple tarts among other things for the family.

She was independent and reserved in her demeanour and somewhat shy, living essentially as a teetotaller and non-smoker, except for a rare glass of wine on special occasions!

She was meticulous about her dress and general appearance and loved her clothes and jewellery, especially her pearls. She had a great interest in politics and was a member of a local Fianna Fail Cumann.

The arrival of grandchildren provided both Nancy and Jimmy with great pleasure.

Having reared her own children, Nancy took on the task of caring for six of her eighteen grandchildren to allow their parents to continue working. Caring for her grandchildren kept Nancy busy and gave her great pleasure.

A comment by one of her granddaughters, Marie from Tralee, sums it up:

‘Remembering Nanny when she used to sing along to the radio and do a few dance steps across the kitchen floor when she was cooking dinner. And all the wonderful summer holidays that we were so lucky to spend with Nanny and Grampy’.

The couple went on their first holiday abroad when Jimmy retired from his job as a train driver.

That trip saw them take the short flight to London before completing the journey to Spain by train. They continued their yearly trips to Spain until both became ill in 2003.

Upon the death of her beloved husband Jimmy, Nancy’s health deteriorated and eventually resulted in her requiring full-time care. She became a resident of Blackrock Abbey Nursing Home in May 2011 where she was looked after with great care and dignity.

She reposed at daughter Una’s residence from Monday to Thursday, when Nancy was taken to St Joseph’s Redemptorist Church for Requiem Mass.

Fr Eamon Kavanagh CSsR was the celebrant, and afterwards Nancy was laid to rest in Saint Patrick’s Cemetery, Dowdallshill.

During the Mass personal gifts symbolising her life, including a photograph of husband Jimmy and her knitting needles and ball of wool, were laid before the altar by granddaughter Grainne and grandson Sean.

The Readings were given by sons, Pat and Amy, wife of the deceased’s grandson. Grandsons, David Crowley along with David, Stephen, Niall and James Durnin led the Prayers of the Faithful.

The Offertory Gifts were taken up by daughter, Una and daughter-in-law Alie. The music was provided by organist Trevor Clarke and singer Margaret Brennan.