Gentle and gifted, Mary's life was about family 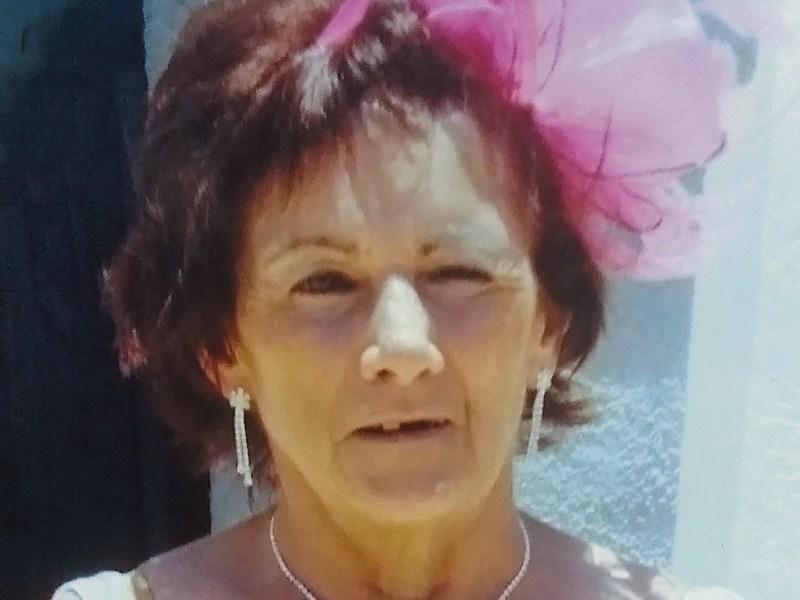 Mary Kilcoyne of Old Bridge, Toberona who died on November 11 was a very gentle and gifted lady whose life revolved around her family and her grandchildren in latter years.

With a loving and kind nature, she loved her home of which she was very proud and excelled at domestic skills. She was a first class cook and her cooking prowess will be missed at Christmas, as well as a knitter, and was equally talented at crochet. She loved knitting garments for the young children in her family and was a dab hand at making scarves for her sisters and others.

She always looked forward to seeing the children in the family, even when her health was not the best.

She was diagnosed with a serious lung disease five years ago, but she didn’t allow it hinder her enthusiasm for life, being one who enjoyed and was the life and soul of a party. She was a great dancer and loved to jive.

She liked being outdoors in her garden which gave her great pleasure, tending to her flowers.

The eldest of five daughters of the late Tony and Josie Smith, who had also five sons, she grew up in Saint Nicholas Avenue and went to Castletown Girls School.

She took up employment at an early age in the local shoe trade in Connolly Shoes, where her father Tony and sister Tina also worked.

She moved to England where she spent time before returning to her home town. She resided in Pearse Park and finally at Old Bridge, Toberona.

Mary suffered a serious complication in her condition and was admitted to Our Lady of Lourdes Hospital where she passed away peacefully surrounded by her family.

After reposing at her residence Mary was taken on the Monday to Saint Nicholas' Church.

Requiem Mass was celebrated by Father Brian Slater CC who delivered the eulogy.

Michaela and Cameron laid gifts before the altar which symbolised the great talent she had with her hands, especially for crochet and knitting, and these included a cushion and a picture of a dolphin that she made.

The Offertory gifts were presented by sisters, Tina and Roisin

The Readings were given by Warren and Noel, while the Prayers of the Faithful were led by Nicola, Amber, Jade, Michaela and Mark.

The music was provided by organist Sarah McCourt and singer, Mary O’Hanlon.

Month’s Mind Mass is on Sunday, December 18 at 12 noon in Saint Nicholas Church.