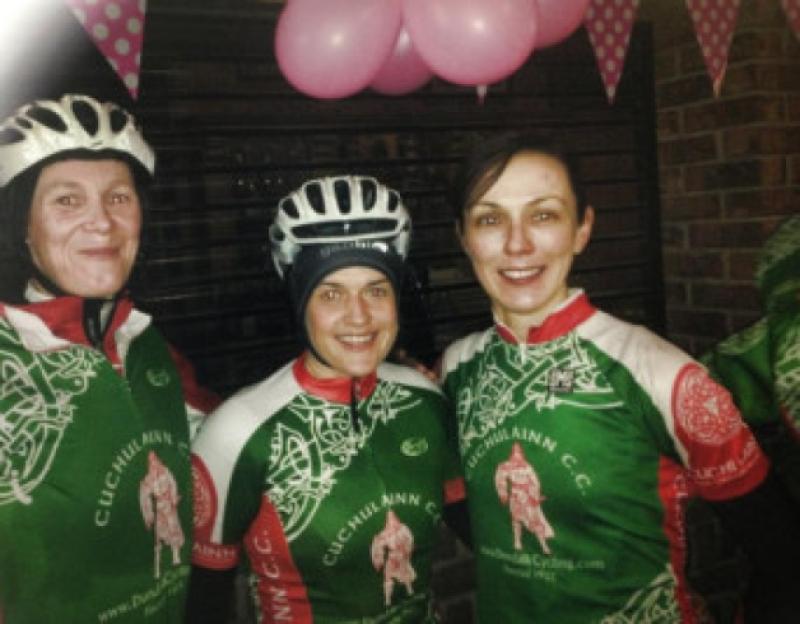 Sunday last saw one of the first ‘good’ days of the year for cycling. It may not have been quite shorts and t-shirts weather, but only one pair of gloves were required and no protective overshoes.

Sunday last saw one of the first ‘good’ days of the year for cycling. It may not have been quite shorts and t-shirts weather, but only one pair of gloves were required and no protective overshoes.

The good weather meant that there was a great turn out, with well over 150 riders signing on for the Spring 66 Sportive. Starting from Camlough, riders completed a 60k course, which took in many of the roads that the professional cyclists of the Giro D`Ìtalia will cover in May of this year.

Most impressive was that nearly one third of the peloton was comprised of green, white and red jerseys from the men and women of Cuchulainn Cycling Club.

Such was the appetite of many of these Dundalk cyclists, that over 25 of them met in Dundalk, cycled to Camlough, did the 60k event and cycled home again, ensuring a 100k plus day for them.

On the racing front, the club’s cyclists were active all round the country.

On Saturday, Alan Bingham posted his first result of the season taking 8th place in the A4 race in Carryduff. In the main race Bryan McCrystal was 4th. On the same day Alan Grey, Val Gargan and Michael Barry travelled to Clonard in Meath to race.

On Sunday, the racing action moved to Newbridge, where racing was held on a tough 17k course that featured two significant climbs.

Richard Murphy and Karl Dolan had solid days in the massive A3 race, which had a field of 150 riders.

In the main event, covering six laps of the course, Cuchulainn had five riders sign on. Michael Barry was unlucky to firstly crash and then puncture after rejoining the bunch. Liam Dolan had a good race to come home in the second break of the day to take 11th place in the 90 man race and first A2.