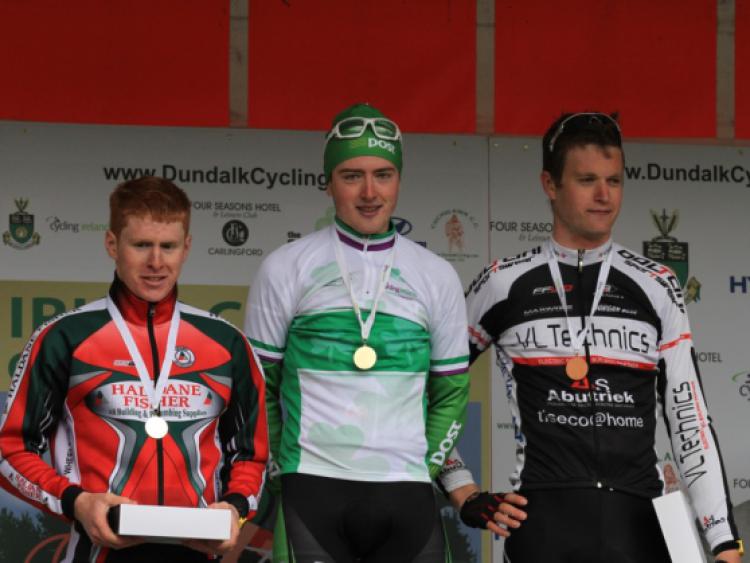 The FPM Accountants Summer Cycling League is now at the halfway stage with nine rounds completed.

The FPM Accountants Summer Cycling League is now at the halfway stage with nine rounds completed.

The new format of two separate divisions competing for one overall winner is making for a more exciting event.

In round nine in the A League it was Cathal McCormack who took maximum points. Cathal, who rides with Ardee, was part of group three whom caught the two groups starting in front.

He beat Brian Begley into 2nd and Stephen Carry into 3rd. Aidan Leonard, also in group three with Cathal, got 4th to bag a couple more points.

At this stage Bryan McCrystal still has a healthy lead of eight points over Stephen Carry.

Third and 4th spot have only a point in the difference between Aidan Leonard and Karl Dolan, so the top four is comprised of two from the A section and two from the B section.

With another nine rounds to go, as always it will be consistency that wins out. The smart money would be on those who have their holidays planned for after the league ends in August. So for those heading out to watch the professionals tackle the Tour De France, their league ambitions may have to be put on hold until 2014.

In the women’s league it was the speedy Swede, Gro Hylen, who took the latest win.

Herself and Michelle Dolan broke away from the combined group one and two for a two up sprint for the win.

Dolan opened the sprint with 250 meters to go but Hylen came off her wheel to take a fine win. Bohermeen’s Kathleen Gill came home in 3rd.

The Women’s League table is a much tighter affair with only five points separating the top five. Fiona Rogers has only a point to spare ahead of Hazel Hall, with 3rd place Louise O’Hagan another single point back.

On the road racing front the Cuchulainn team had a good outing in the Newry Three Day with new riders gaining valuable experience in stage racing.

Also involved in another big stage race is Jordan Flood, who for the 2nd time is tackling the five day Junior Tour of Ireland as part of the Leinster Development Squad.

The race takes place in and around the Clare town of Ennis and sees a number of UK and European teams compete against Ireland’s finest underage riders.