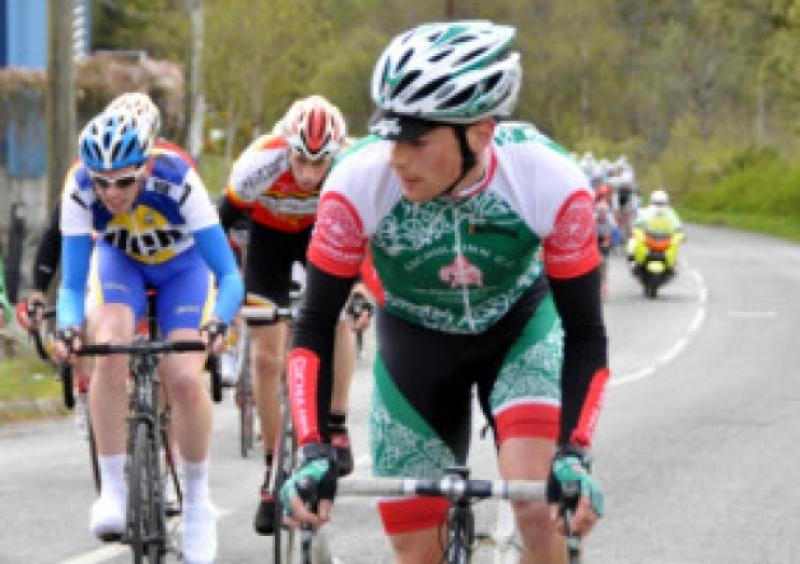 Cuchulainn Cycling Club had a huge turnout at Newry Wheeler’s John Haldane Memorial which was promoted on Sunday last.

Cuchulainn Cycling Club had a huge turnout at Newry Wheeler’s John Haldane Memorial which was promoted on Sunday last.

The race consisted of a nine mile lap along the dual carriage way out to Warrenpoint and back and was run off in atrocious conditions, cold, wet and very windy.

In the main race, covering 54 miles, six Cuchulainn men were on the starting line. Alan Grey, who had taken a prize the day before when racing in Summerhill, had a great day making it into the chase group and coming home in 6th position.

Gary Shiels, Sean Loughran and Niall Clarke were very active throughout the race, while Colm Quinn was unlucky to puncture at the halfway mark.

In the Women’s Race, Cuchulainn had four women brave the conditions, Annette Dolan, Fiona Rogers, Debbie Lundy and Rosemary Gibson; the latter two competing in their first ever race.

Fiona had an outstanding day, coming home in fifth, while Annette was riding well in the bunch all day, but was caught behind an accident some 5k from the finish.

In the Masters Race, Jimmy Flynn was unable to defend his win of a year ago, coming home in 8th position. In the other support races Declan McCabe, Karl Dolan, Thomas McCabe, Gary Morten, Alan Bingham and Barry Douglas all finished safely in the main bunch.

The day before, Alan Grey, Michael Barry and Liam Dolan had competed in the main race in Summerhill, held over 55 miles. Again Alan was on form taking second in the A2 prize.