It’s tight at the top of Summer Cycling League 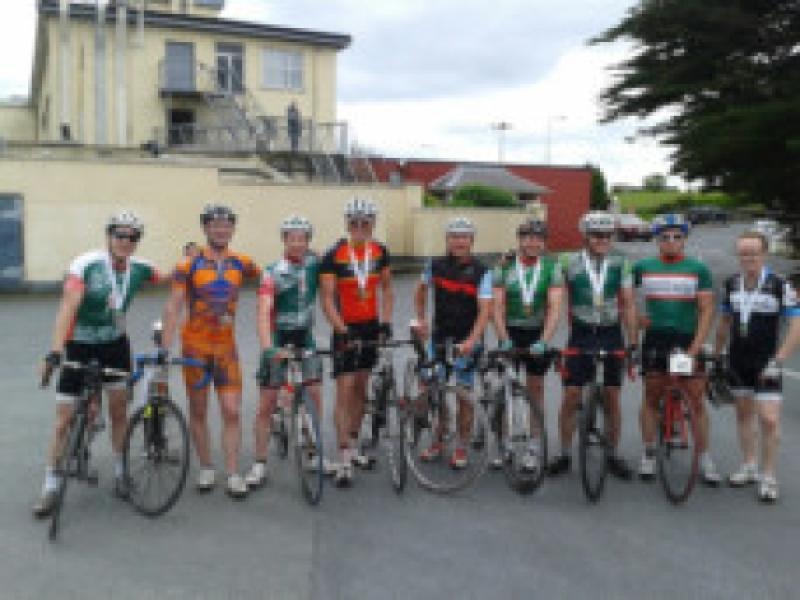 As the summer continues so too does the FPM Summer Cycling League. At this stage, seven of the 20 rounds have been completed, the most recent being held on the Carrick Ardee circuit.

As the summer continues so too does the FPM Summer Cycling League. At this stage, seven of the 20 rounds have been completed, the most recent being held on the Carrick Ardee circuit.

In the first race, group four managed to stay away from the pursuers with Declan Gollogly taking the win ahead of Seamus Ward and Johnny McCabe. Meanwhile in race two Shane Lennon took the win ahead of Trevor Kane and Cronan O’Shaughnessey.

Mark Duffy currently sits top of the league table for race one, while Trevor Kane leads race two. In overall terms Kane has a meagre four points to spare over Duffy. In third position is Mickey Stokes, with fourth place being occupied jointly by Alan Bingham and Declan Gollogly.

With well over half the league still to come and the impact of summer holidays the final table could have a completely different look.

Meanwhile in the Bike Station Women’s League, Annette Dolan continues to dominate, winning the most recent round, a 10 mile time trial in a time of 25:33, ahead of Janet Conlon and in joint third Kathleen Byrne and Sarah Fagan. With three rounds left Dolan leads from Celine McPhilips and Helen Bennett.

Last Sunday saw a large number of Cuchulainn’s leisure cyclists head to Wicklow for the biggest sportive of the year, the Wicklow 200.

This event sees the riders tackle 200km of tough mountainous roads of Ireland’s garden county. It tackles climbs such as the Sally Gap and Shay Elliott. While the finishing times varied between the Dundalk men and women, a good day was had by all.

While Cuchulainn’s leisure cyclists where in Wicklow the club’s racing cyclists headed to Navan for the Sean Nolan Grand Prix. In the A3 race Stephen Carry took 6th position. This is Carry’s first result as an A3 having started the season as a A4.

Also in the A3 race, Aimhirghin O’Brannagain had a strong race finishing in the main bunch in the same time as the winner.

Also in action was Fran Egan in his first A4 race of the season. Annette Dolan was competing in the women’s race, but herself and another competitor were unlucky to take a wrong turn and add a further 10km to an 82km race.