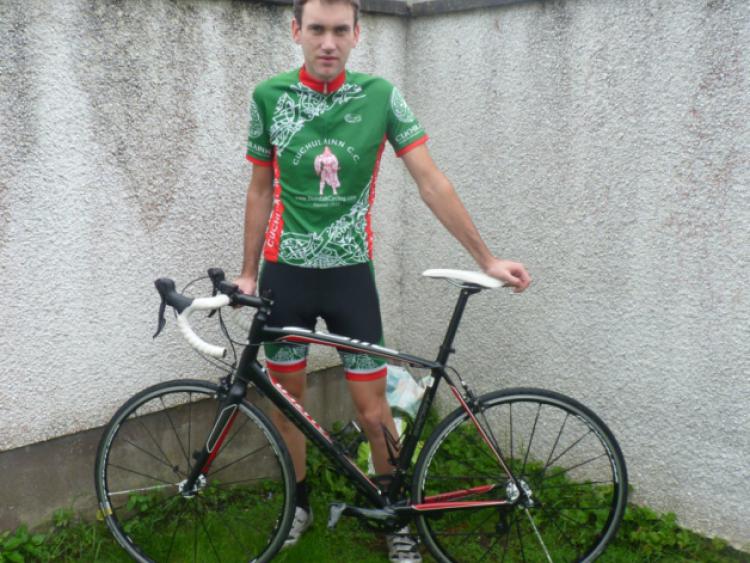 This year saw a new format to the FPM Accountants Summer Cycling with the traditional single race made up of six groups being split into two separate races, each comprising of three groups.

This year saw a new format to the FPM Accountants Summer Cycling with the traditional single race made up of six groups being split into two separate races, each comprising of three groups.

However, despite the two separate races the overall winner would be decided by the rider with the most points come the end of the campaign and so it was that Stephen Carrie was crowned the 2013 Champion.

This was a remarkable feat for the Ardee man considering he only bought his first racing bike in March of this year. Less than a year ago Stephen’s father underwent hip surgery and cycling was recommended as a suitable form of therapy to aid his recovery.

A dutiful son, Stephen oiled his old mountain bike and accompanied his dad on his short spins, enjoying it so much he decided to invest in a proper road bike. While out on a solo training ride he encountered club secretary Karl Dolan and was inspired by Karl’s passion for the club, joining Cuchulainn a week before the 2013 league commenced in April.

The first round of the league was his first time ever riding in a group but he quickly found his feet and results followed. Not willing to rest on his laurels Stephen progressed to group two within a month where yet again results still came his way.

At this stage of the league Bryan McCrystal, competing in the second league, was the runaway leader. In an intense period of training for The An Post Rás, Bryan was racing every Thursday night and more often than not winning.

However like any league campaign it is consistency that wins and Stephen kept picking up points with a steady flow of wins & podium placings.

When the final race was completed and the results tallied up, Stephen had amassed 104 points, giving him a 20 point lead over Ralph Ginesi in second and McCrystal a further six points back in third.

Aidan Leonard, Alan Bingham and Gary Shiels completed the top six which comprised two from one league anod four from the other, showing that the new format produced similar results to the old structure.