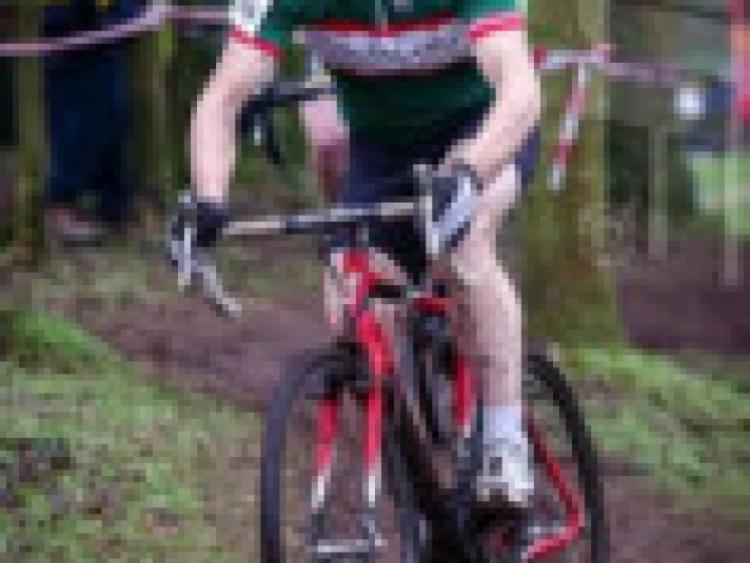 Sunday, January 12 saw the first Irish Cycling Championship of 2014 when Belfast’s Lady Dixon Park hosted an event that was so ably hosted in 2013 by Cuchulainn Cycling Club.

Sunday, January 12 saw the first Irish Cycling Championship of 2014 when Belfast’s Lady Dixon Park hosted an event that was so ably hosted in 2013 by Cuchulainn Cycling Club.

The rain soaked day made for a very muddy course with riders struggling to stay upright as they raced through forests and across grass and footpaths.

It was an especially successful day for Cuchulainn’s Aidan MacDonald who claimed a bronze medal in the Vets Championship.

Aidan is no stranger to winning medals, especially in mountain biking, but this was a particularly epic performance where he had to work extra hard to hold off the defending champion, Peter McConville of Newry Wheelers.

Also competing in the Vets race were Gary Shiels and Johnny McCabe who finished 5th and 8th respectively. These three positions meant that Cuchulainn took the gold in the team prize. The result is testament to the depth of talent that has developed in Dundalk’s cycling.

In the elite race Ray O`Shaughnessy was an outside bet for the win, with the two outstanding favourites being defending champion, Roger Aiken of Banbridge and Dublin’s Robyn Seymour. Ray had a great start and was in a group of four that formed behind runaway winner Roger Aiken.

Unfortunately, Ray suffered a puncture while half way through a lap and had to run with his bike to the pits. This mechanical pushed him to 12th position and while he fought bravely to finish in 4th he ultimately ran out of road before being able to move into the medals.

Ray will now take some down time before ramping up his training for the An Post Rás in May, where he will once again be competing as part of the Louth team.